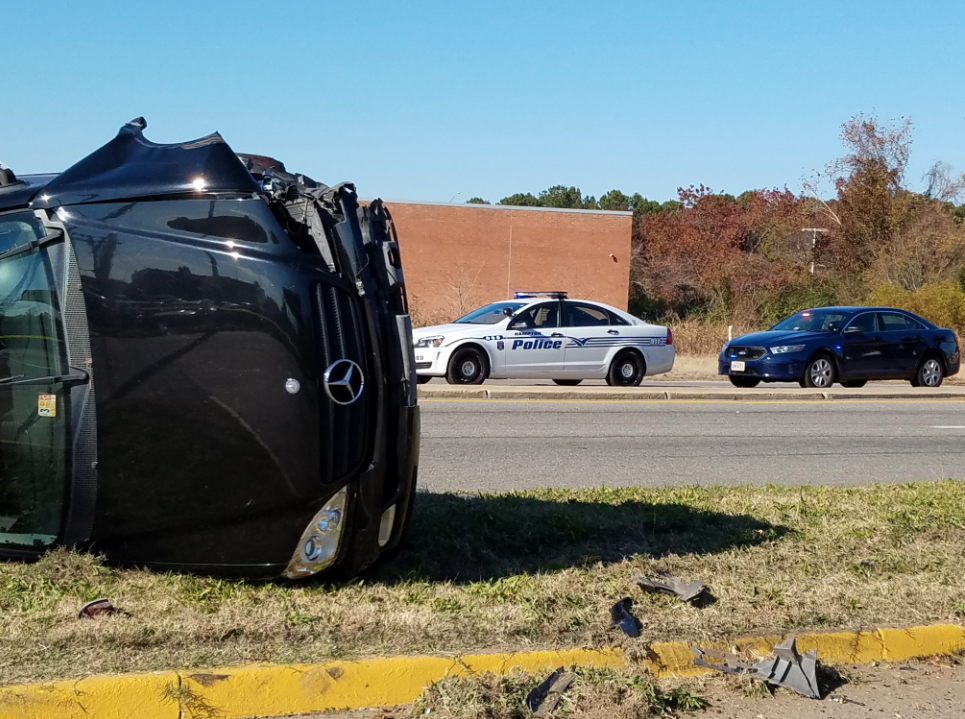 HAMPTON, Va. – Police are investigating after someone was shot Wednesday afternoon.

Officers were called to the area of West Pembroke Ave., and Aberdeen Road around 1 p.m. where they located a male victim.

The victim was inside Mercedes SUV and was suffering from non-life threatening gunshot wounds when police arrived.

The man was transported to a local hospital to be treated for his injuries.

There was also an adult female in the SUV and she was uninjured.

The initial police investigation revealed that the victim and passenger were traveling southbound on Aberdeen Road and stopped at the traffic light at West Pembroke Ave.

A red colored sedan then pulled alongside the victim’s vehicle and began firing at the occupants.

The victim turned onto West Pembroke Ave., heading westbound when he lost control of the vehicle and it overturned.

The motive and circumstances surrounding the incident are being investigated.

If you have any information about this incident, call Crime Line at 1-888-LOCK-U-UP.