BLACKSBURG, Va. – Playing in his final game at Lane Stadium, Virginia Tech running back Sam Rogers rushed for a career-high 105 yards and scored two touchdowns, as the Hokies rolled to a 52-10 victory over rival Virginia on Saturday afternoon to claim the Commonwealth Cup yet again.

The Hokies closed the regular season with wins in five of their final six games, moving to 9-3 overall, 6-2 in the ACC. Tech beat Virginia (2-10, 1-7) for the 13thstraight time and for the 17th time in the past 18 meetings. The Cavaliers closed the season with seven straight losses.

The Hokies already had clinched the ACC’s Coastal Division crown for the sixth time by virtue of North Carolina’s loss to NC State on Friday and thus had earned a spot in the ACC title game next Saturday. With their nine wins, the Hokies have registered their most wins in a season since recording 11 victories in 2011.

Tech coach Justin Fuente, in his first season, said he had no expectations going into his first year at the helm.

“To me, it’s always about the process, giving ourselves a chance” Fuente said following the game. “Going through the season, and at the end, looking back and saying, ‘This is what we accomplished.’ I don’t try to limit them [the players] by what I think they could be. We just focus on each day and the process of continuing to improve and do things the right way – and trying to teach off those teachable moments, good or bad, as we move forward. We focus on those types of things, and at the end of the year, tally them up and you guys tell us if we were any good or not.”

Things only got worse. Virginia went three-and-out on its first drive to start the second half, and then the Hokies scored on their first offensive play when Jerod Evans hit Bucky Hodges for a 42-yard touchdown. That sparked a 24-point quarter that put the game away.

Virginia turned the ball over three times in the game, one of which was returned for a touchdown, and amassed just 247 yards against the Hokies’ defense. UVA played three quarterbacks who combined to complete just 13 of 36 for 139 yards, with a touchdown and two interceptions. Taquan Mizzell led the Cavaliers with 113 yards rushing.

Rogers’ 100-yard performance as the first of his career, as the Hokies racked up a season-high 289 yards rushing and finished with a season-high 579 total yards.

“It’s been awesome,” Rogers said of his four-year experience at Tech. “God has been so good, just letting me be a Hokie, and I’m forever thankful for these fans and this community and everything Hokie Nation. It’s been awesome.

“Obviously a lot of emotions came over me coming out of the tunnel, just thinking back at how fast this time has gone by, but we’re not done yet. So I’m happy to keep this thing rolling.” 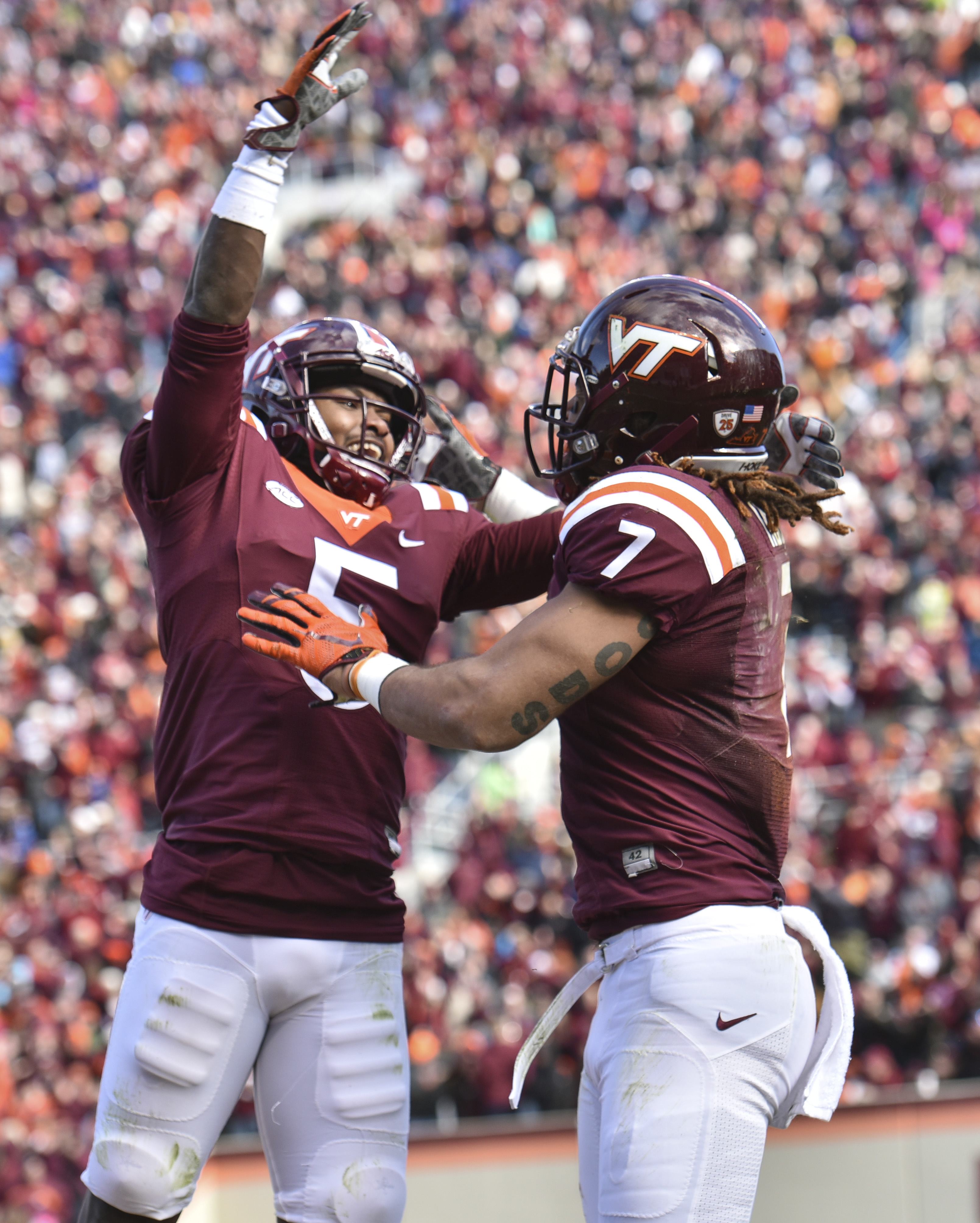