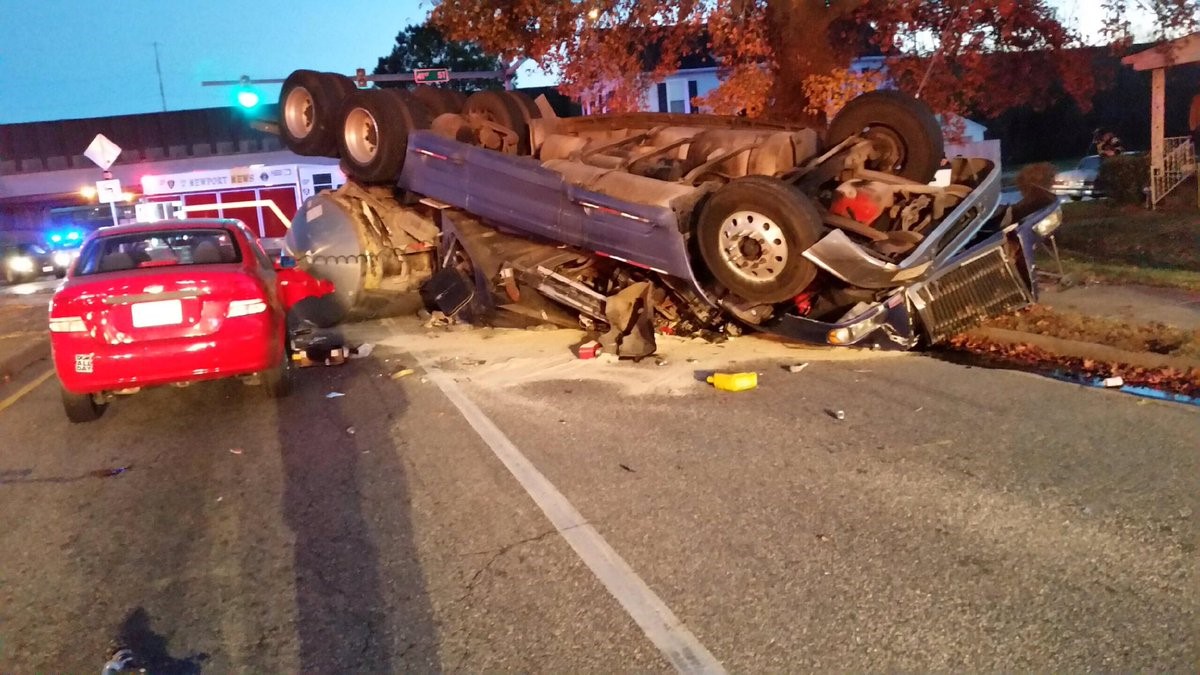 NEWPORT NEWS, Va. – Two people were taken to a local hospital after a tractor-trailer accident on Friday.

The incident happened on Chestnut Ave., between 39th and 41st Street.

Police say an 18-Wheeler was exiting I-664 and was turning north on Chestnut Ave., when the driver lost control and the truck overturned. It struck three vehicles as it came to a stop.

The driver of the 18-Wheeler was 57-year-old Charles Hood who was driving a milk truck.

Hood has been charged with Reckless Driving and No Commercial Driver’s License.