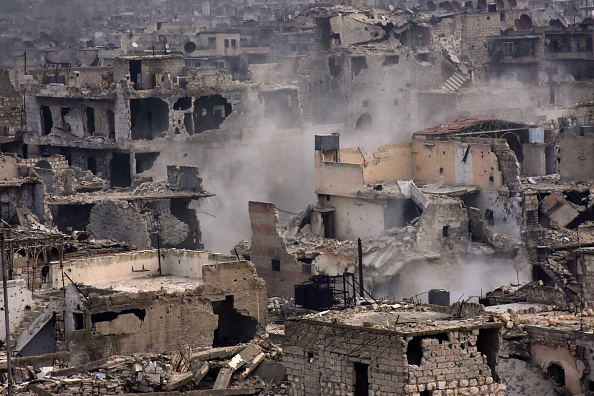 Bana Alabed, a 7-year-old Syrian girl who has captured the world’s attention with heartbreaking Twitter posts about the bombing of her native Aleppo, posted a message Monday asking people to pray for her and saying goodbye.

The tweet, coming as conditions inside besieged eastern Aleppo become ever more desperate, prompted deep concern for her welfare.

It followed a foreboding previous message posted Sunday on the Twitter account Bana shares with her mother, Fatemah: “We are sure the army is capturing us now. We will see each other another day dear world. Bye.- Fatemah #Aleppo”

The account was later deleted, with no explanation. But then it came back online with a disturbing update.

“Under attack. Nowhere to go, every minute feels like death. Pray for us. Goodbye – Fatemah #Aleppo,” it said.

The message prompted concern from those following her account, who responded with messages reassuring the girl that people were indeed praying for her.

Bana, who has more than 200,000 followers, has tweeted distressing messages before, as when she said on November 27: “Tonight we have no house, it’s bombed and I got in rubble. I saw deaths and I almost died.”

That same day she asked for people’s prayers amid fresh bombings. “Under heavy bombardments now. In between death and life now, please keep praying for us,” she said. Her mother later told CNN their home took a direct hit and put them into the street.

Bana’s mother created the Twitter account for her daughter in late September to “share our life here to the world” as the Syrian army launched a major offensive to recapture Aleppo.

Most striking were the videos that captured the sounds of bombing. Bana spoke to the camera and asked for help.

She and her mother live in the rebel-controlled sections of the eastern part of the city, which has come under heavy bombing by the Syrian regime and Russian warplanes. Despite several ceasefires, the conflict in Aleppo has intensified in recent months, with hundreds of thousands of people fleeing the city.