Vehicle flips over jersey wall on Berkley Bridge, falls to rocks below

NORFOLK, Va. - A 20-year-old man was seriously injured Thursday morning when his vehicle went over the side of the Berkley Bridge and landed on the rocks near the water's edge.

The accident was reported at approximately 10:13 a.m.

Virginia State Police say the green truck crashed into the jersey wall and flipped over the wall, falling approximately 75 feet before landing on the rocks below.

The driver, 20-year-old Benjamin Tyler Siemiatkaska of Virginia Beach, was rescued from the vehicle and taken to Sentara Norfolk General Hospital via ambulance. Police say his injuries were serious but non-life threatening.

Man taken from car and in ambulance. Witnesses say he was alive wen police arrived on scene. https://t.co/9a6cLbsVkH pic.twitter.com/HyxkMtaNSV

Road crews responded to the Berkley Bridge to make repairs. The jersey wall on the bridge was damaged when the vehicle flipped over it.

The driver, Siemiatkaska, was issued a summons for reckless driving for driving too fast for the road conditions. 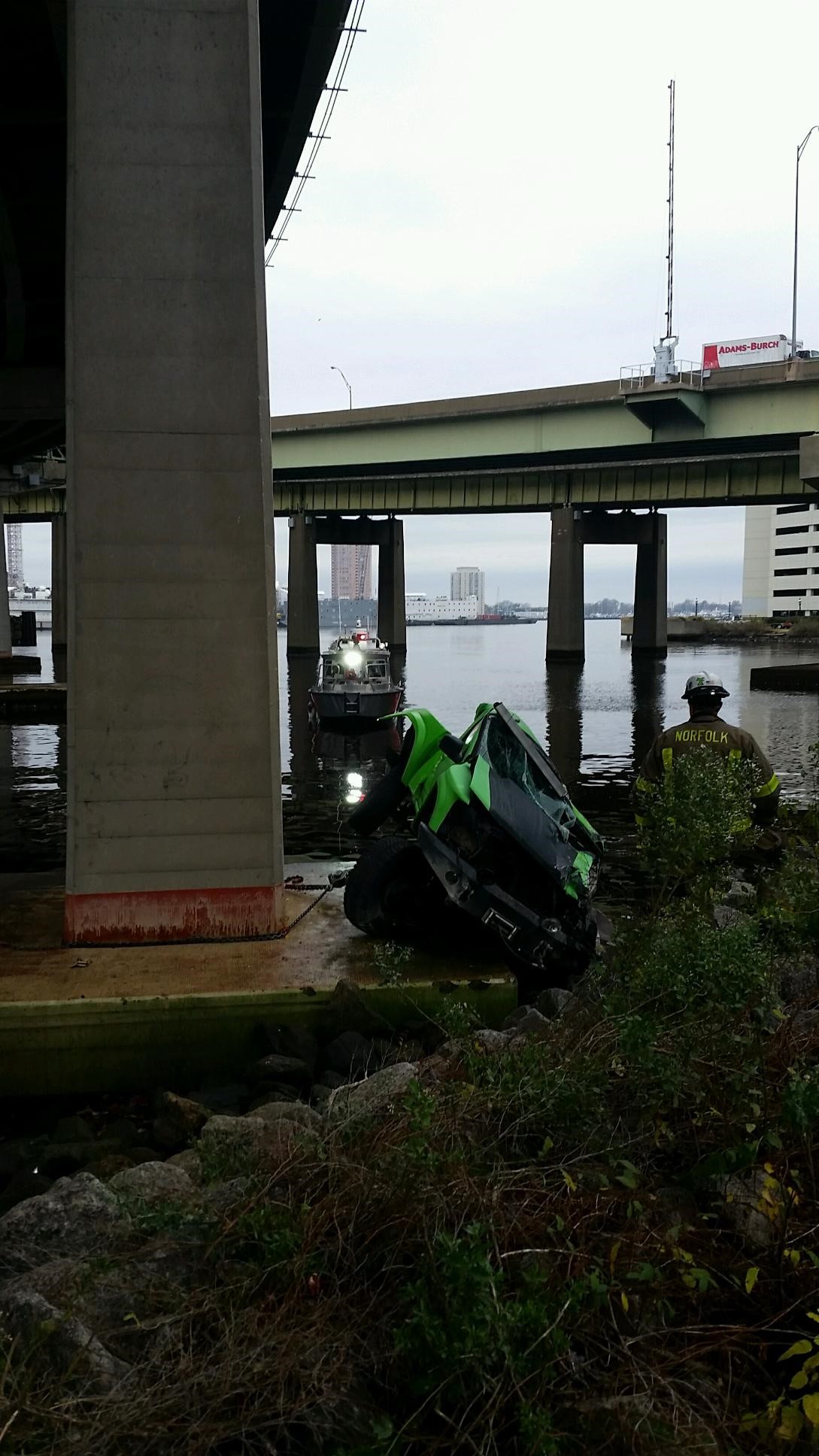