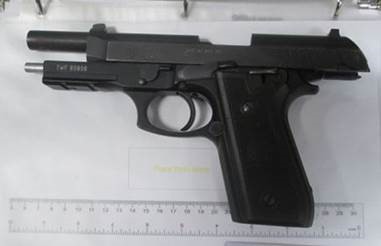 Officials do not believe the incidents are related.

On Friday morning, TSA officers stopped a Virginia Beach man with a 9 mm caliber handgun at an airport checkpoint. The gun was loaded with eight bullets, including one in the chamber. The man was cited on a state weapons charge.

Hours later, a Norfolk man, who also had a 9 mm loaded handgun, was stopped by TSA officers. The gun was loaded with nine bullets. Airport police arrested the man.

Passengers are permitted to travel with firearms in checked baggage if they are unloaded, packed in a hard-side case, locked and packed separately from ammunition. The firearm must also be taken to the airline check-in counter.

Click here for more info on traveling with a firearm