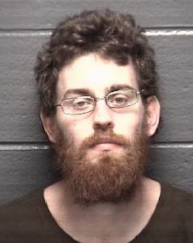 HAMPTON, Va. – A Crime Line tip lead to the arrest of two men in connection with a bank robbery that happened on December 7.

On December 7 around 5 p.m., officers responded to the 1st Advantage Credit Union in the 5300 block of West Mercury Boulevard.

According to police, the suspect walked into the bank and gave the teller a note demanding money. Police say the suspect was armed.

After receiving the money, he left the bank and ran away in an unknown direction.