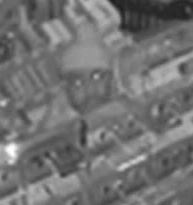 On December 3 at 7:15 a.m., officers responded to the Fill and Go convenience store on 10700 Warwick Blvd. in reference to a burglary.

When they arrived, they noticed the front door of the store was broken out.

The man put the displays in his car and drove off.

Suspects have been seen at several Hampton and Newport News convenience stores attempting to steal cash in the stolen tickets: