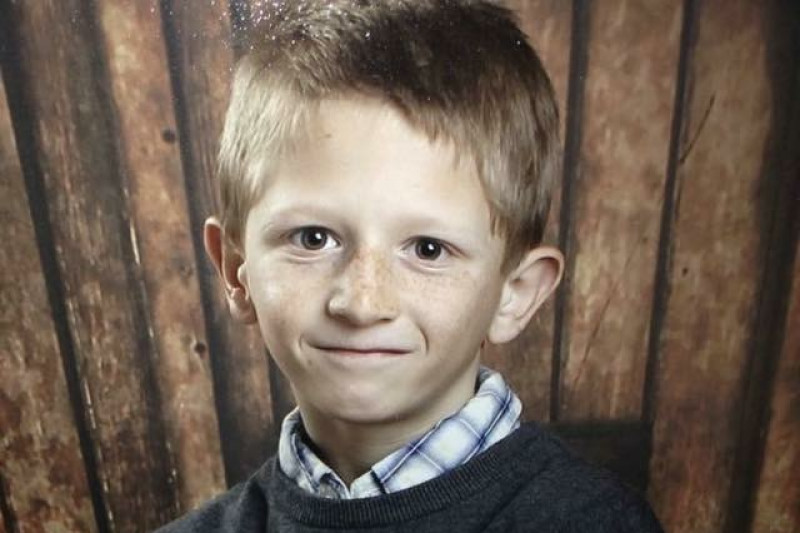 Logan Alan Billman, 14, died while riding a snowmobile with his cousin when the two went over a steep ravine. (GoFundMe)

AMMON, Idaho — Logan Billman was always happy, adventurous and loved to be outside.

On Monday afternoon, the 14-year-old Idaho boy decided to go on a quick snowmobile ride behind his home with his cousin and best friend, Wyatt.

“They were on the same machine when they came up over a hill and shot off a steep ravine they didn’t know was there,” James Billman, Wyatt’s father and Logan’s uncle, tells EastIdahoNews.com. “Wyatt yelled at Logan to jump off and when he jumped the machine hit Logan in head.”

Logan fell to the ground and Wyatt landed in front of the snowmobile. He heard it coming toward him and thought he would be run over but somehow the machine only grazed his head before coming to a stop.

EMT’s arrived and Logan was airlifted to Eastern Idaho Regional Medical Center where he was pronounced dead – just six days before Christmas.

“It’s a tough time right now. We’re trying to plan a funeral when we should be planning Christmas,” Billman says.

The accident happened a few days after someone stole Christmas presents from Logan’s family. The gifts were locked inside a trailer when the thief cut the lock and stole everything inside.

“It’s been a rough few weeks but there’s also been an outpouring of kindness,” Billman says. “Lots of neighbors have stepped in and Wyatt’s family has more food than they could ever eat.”

Billman says his brother recently had tires put on his truck and when he went to pay this week, the workers told him not to worry about it.

Nearly $17,000 had been donated to a GoFundMe account as of Wednesday afternoon and strangers are contributing money to a fund set up in Logan’s name at the Bank of Commerce.

“People have been so kind. We are overwhelmed at the generosity,” Billman says.

Paramedics told the Billman family it’s amazing Wyatt was not seriously injured or killed during Monday’s incident and he had a “one in 100 shot” of surviving an accident of that magnitude.

“We’re lucky we’re not planning two funerals right now,” Billman says. “The snow machine ended up 520 feet down the ravine and who knows what could have happened to Wyatt.”

Billman says Logan died doing what he loves most – being in the mountains – and those who knew him will never forget his smile.

“It could light up a room. He was always smiling,” Billman recalls. “We’re gonna miss him.”