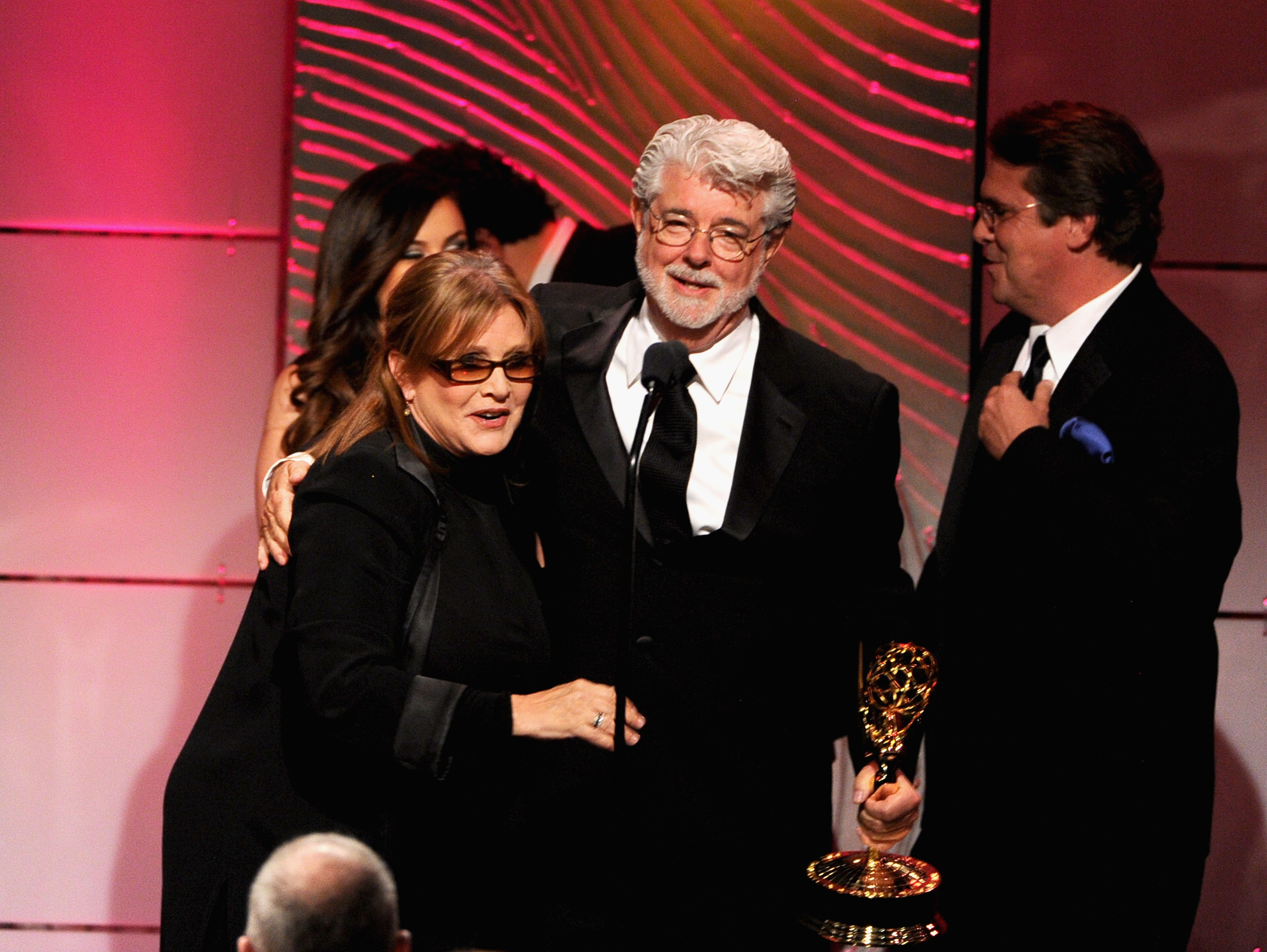 Carrie Fisher was hospitalized Friday in Los Angeles after suffering a cardiac event aboard a United Airlines flight from London to Los Angeles, a source familiar with the incident told CNN.

The flight was on approach to Los Angeles when the 60-year-old “Star Wars” actress became ill.

Fisher was transported to a hospital directly from Los Angeles International Airport airport, the source said.

“Carrie Fisher is still in the ICU,” Todd Fisher, the actress’s brother told CNN by phone Friday evening. He is in Los Angeles but not at the hospital with the family.

The Los Angeles Fire Department previously said it responded to a cardiac arrest at the United Airlines gate where the London flight arrived.

Other celebrities aboard the same flight took to Twitter to express their concerns.

Comedian Brad Gage tweeted: “I sat in front of Carrie Fisher on our flight from London and she was just taken off the plane by EMTs.”

YouTube personality Anna Akana tweeted that the actress “stopped breathing” on the flight. Akana thanked the doctor and nurse who came to Fisher’s aid.

Don't know how else to process this but Carrie Fisher stopped breathing on the flight home. Hope she's gonna be OK 😞

Following initial reports of Fisher’s illness, actor William Shatner tweeted, “I ask everyone to stop for a moment and send special thoughts to @carrieffisher.”

I ask everyone to stop for a moment and send special thoughts to @carrieffisher.

Fisher was in London filming the latest season of Amazon’s “Catastrophe.” Just days ago, she tweeted a photo of herself and actress Sharon Horgan on set.

Born in Beverly Hills, California, Fisher got her start in Hollywood in 1975 in the movie “Shampoo,” starring Warren Beatty.

The talented actress, who is best known for her portrayal of Princess Leia in the “Star Wars” movie franchise, also went on to act in plays, television and blockbuster films and has written a number of best-selling books.

Her career work has earned her two Emmy Award nominations.

Fisher has also been a longtime advocate for mental health awareness, drawing from her own struggles with bipolar disorder.

Fisher has been recently promoting her memoir, “The Princess Diarist,” which was based on diaries she wrote around the time of filming “Star Wars Episode IV: A New Hope.”

She will once again reprise the iconic Leia role in “Star Wars Episode VIII.” The film is currently in post-production and is expected to come out at the end of 2017.

Fisher is the daughter of Hollywood actors Eddie Fisher and Debbie Reynolds.