NORFOLK, Va. – Rainy and cold weather did not stop families from coming out to Naval Station Norfolk to welcome Sailors and Marines home serving aboard the USS Wasp.

Many families were excited for the Christmas Eve return, and some Sailors were meeting family members for the first time.

The USS Wasp was not the only ship returning home. The USS San Antonio and the USS Whidbey Island also had Christmas Eve homecomings.

In total over 4,000 Sailors and Marines serving in the Wasp Amphibious Ready Group made it home in time for Christmas. 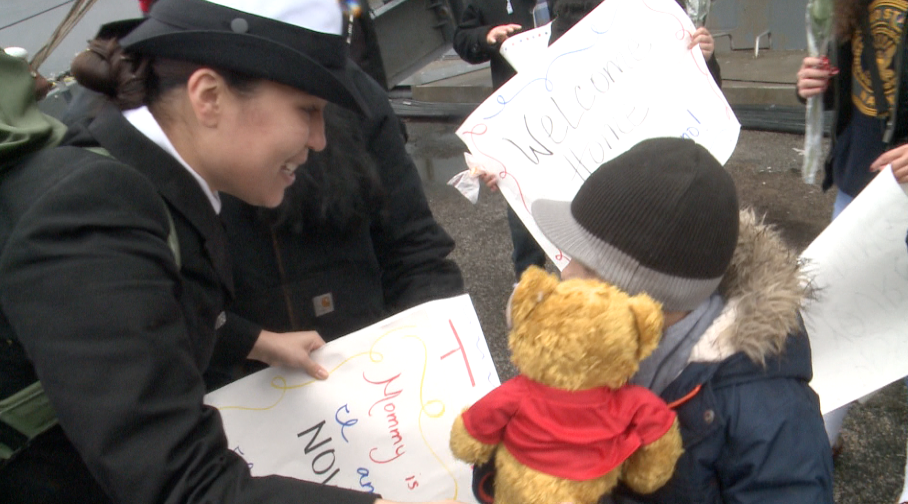