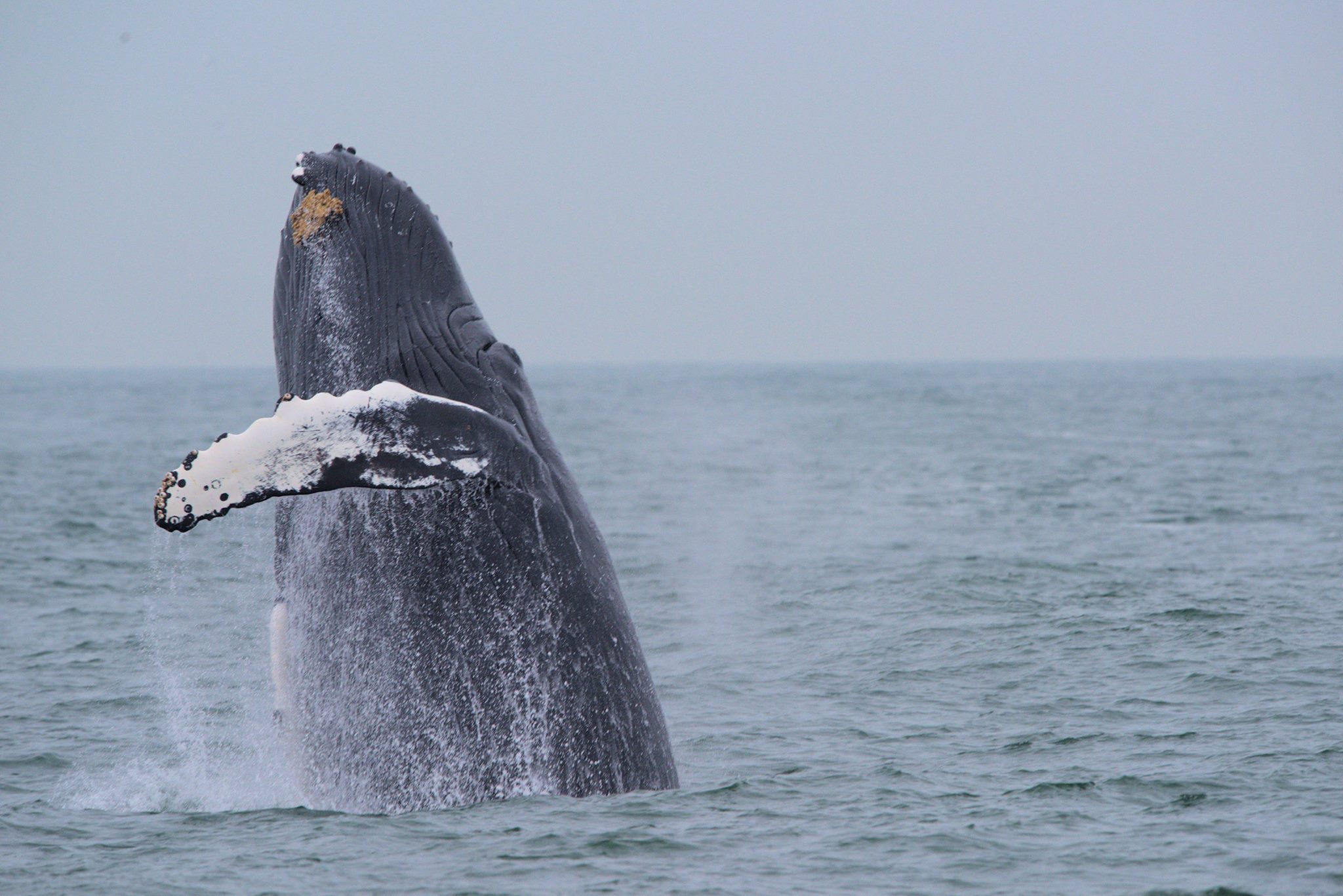 VIRGINIA BEACH, Va. – People on a whale watching cruise off the coast of Virginia Beach Monday sure got to see what they went for!

The passengers saw several different whales and even got to see a humpback whale who breached several times.

Mike Kane, who was on the cruise, took the amazing pictures above of the whale.

He told News 3 that seeing the breaches was unbelievable.

Kane said, “For most of the cruise we were literally surrounded by whales, some were surfacing very close to the boat.”

He explained that the crew counted eight different whales plus another four that were too far away to be certain that they were unique.

Kane said that one whale did all of the breaches – coming out of the water five times within one or two minutes.

Rover Cruises, who operates the boat, posted the video below on their Facebook page of some of the breaches.

Kane also told News 3, “One thing that really stood out was the smell. I didn’t know the whales had bad breath.”

Ha! We didn’t know that either Mike!