VIRGINIA BEACH, Va. - Virginia Beach Police are investigating after three people fled from a vehicle that flipped over and hit a fire hydrant in the Town Center area on Tuesday morning.

According to police, a call for an over-turned vehicle came in around 6:30 a.m.

Officers say three individuals were in a four-door sedan when the car hit a fire hydrant on Euclid Road near Onondaga Road and flipped over.

Yikes! #virginiabeach officers looking for 3 people who flipped this car and ran from the scene. @WTKR3 pic.twitter.com/K6BvuXSCfY

The hydrant was sheared off, causing water to flow and flood the area for about an hour. Firefighters were able to stop eventually the flow of water from the hydrant.

Two of the three occupants of the vehicle who fled have been caught. Police are still searching for the third person. Police say the occupants are juveniles.

So far, no one nearby has lost power or water as a result of the incident. 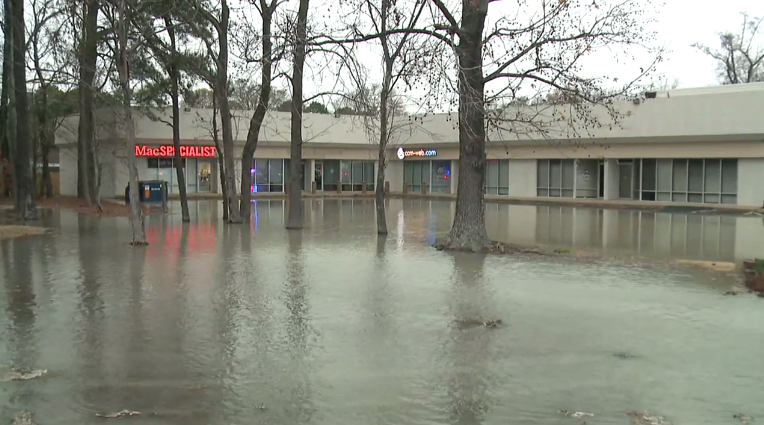