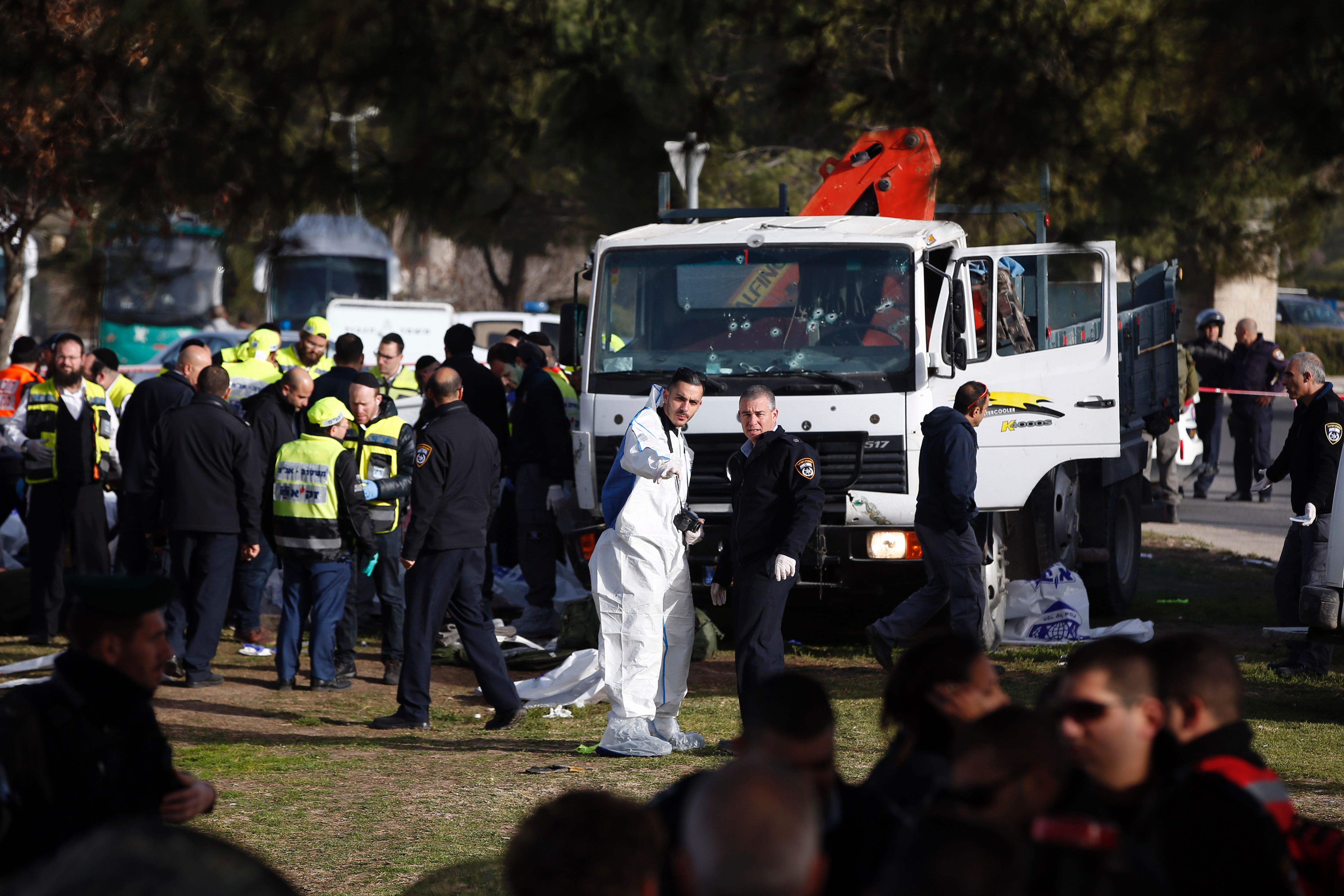 A truck plowed into a group of soldiers in Jerusalem, killing four people and injuring at least 13, Israel’s emergency services said Sunday.

Three of the four killed were female soldiers, Israeli Education Minister Neftali Bennett said. He said the fourth person killed was a young man, but it was not immediately clear whether he was a soldier.

The driver of the truck was shot and killed, according to Israel Police spokesman Micky Rosenfeld.

“A group had gotten off the bus and were getting organized with their bags when the terrorist took the opportunity, ramming his truck into the group. Then he in fact reversed and tried to ram them again until shots were fired and the terrorist was shot and killed at the scene,” Rosenfeld said.

Police said all of the slain victims were in their 20s.

All the hospitals in Jerusalem are treating victims injured in the truck attack, according to Rosenfeld.

The attack happened on a popular promenade overlooking the walled Old City of Jerusalem.