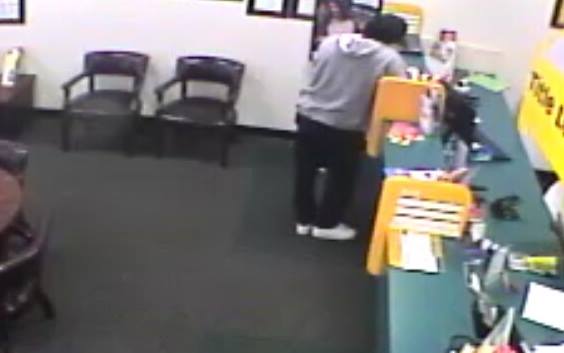 Officers were called to the Advance America at 3929 Victory Blvd. just before 4:30 p.m.

Initial investigation revealed that a male suspect entered the business, displayed a handgun and demanded money from the employees.

The employees complied with the suspect’s demands and he took money before leaving the business.

The suspect was is described as a black male about 5’6″ tall. He was last seen wearing a gray hooded sweatshirt, black pants, white sneakers and a Chicago Bull baseball cap.

If you recognize the person in the surveillance images or have any information that could help in the investigation, call Crime Line at 1-888-LOCK-U-UP.