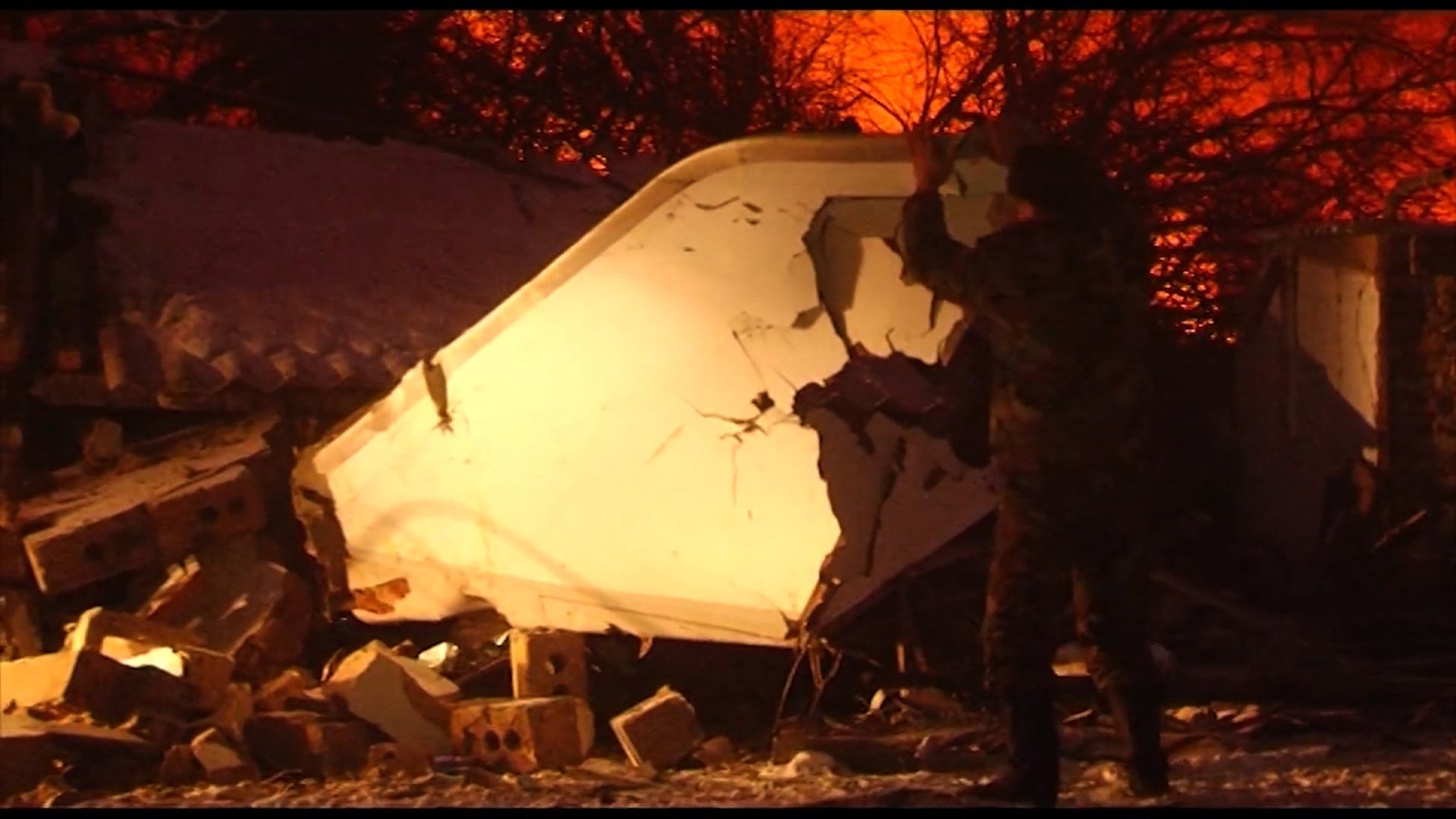 KYRGYZSTAN – At least 37 people were killed when a Turkish cargo plane crashed into a village in Kyrgyzstan, according to a statement from Kyrgyzstan’s Ministry of Emergency Situations.

“The number of victims is increasing quickly,” Elira Sharipova, a spokeswoman for Kyrgyzstan’s Emergency Ministry told CNN. “The fire service, rescue services, ministry of internal affairs and the prime minister and emergencies minister are there.”

Pictures of the immediate aftermath of the accident showed a portion of the Zhang-Zhang village badly damaged.

In one image, the plane’s smoldering fuselage could be seen jutting out of the snow and the remnants of destroyed buildings.

A car’s roof was completely ripped off in another.

ACT Airlines, which operated the plane, confirmed the news of the crash on their website.

“The cause of the accident is unknown at this time and further details will be provided as they become available,” the statement said.

The plane crashed at 7:18 a.m. local time about two kilometers (1.2 miles) away from the airport, according to Kyrgyzstan’s state-run Kabar Agency.

At least eight people — including children — were hospitalized, Kabar reported.

Fifteen homes were destroyed, according to Sharipova.

It’s not clear how many people were on board, but the freighter had seating for 10 — including two pilots, two observers and six additional passengers, according to a description on the airline’s website.

The Boeing 747 was headed from Hong Kong to Kyrgyzstan’s capital of Bishkek, according to data from the tracking website FlightRadar24.

“Boeing extends its deepest condolences to the families of those who perished in the Turkish Airlines cargo Flight TK6491 accident near Manas Airport Kyrgyzstan, operated by ACT Airlines, as well as its wishes for the recovery of those injured,” Boeing said in an emailed statement. “A Boeing technical team stands ready to provide assistance at the request and under the direction of government investigating authorities.”

The cargo plane was operated by ACT airlines, an Istanbul-based freight airline, but was flown for Turkish Airlines — the country’s national carrier — under their flight number.

Turkish Airlines expressed their condolences to ACT in a tweet.

ACT Airlines, which according to its website operates a fleet entirely made up of jumbo 747s, also operates as myCargo Airlines.

The plane that crashed was manufactured in 2003 and it first flew for Singapore Airlines Cargo, according to flight tracking from Flightradar24 and a detailed description of the aircraft on the company’s website.

Airlines have cut back on their use of the Boeing 747 as full-fledged passenger aircraft in recent years, but the jumbo airliner makes up the backbone of the global freight fleet.

The 747’s enormous size and unique rising nose cargo door have made it the aircraft of choice for many cargo airlines.

The aircraft model has been involved in several crashes over the past decade, including a pair of accidents in 2010 and 2011 attributed to on board fires involving the shipment of lithium ion batteries. Shifting cargo aboard a National Airlines 747 was blamed for a crash in 2012 when the jumbo airliner was taking off from Kabul, Afghanistan, killing all seven aboard.