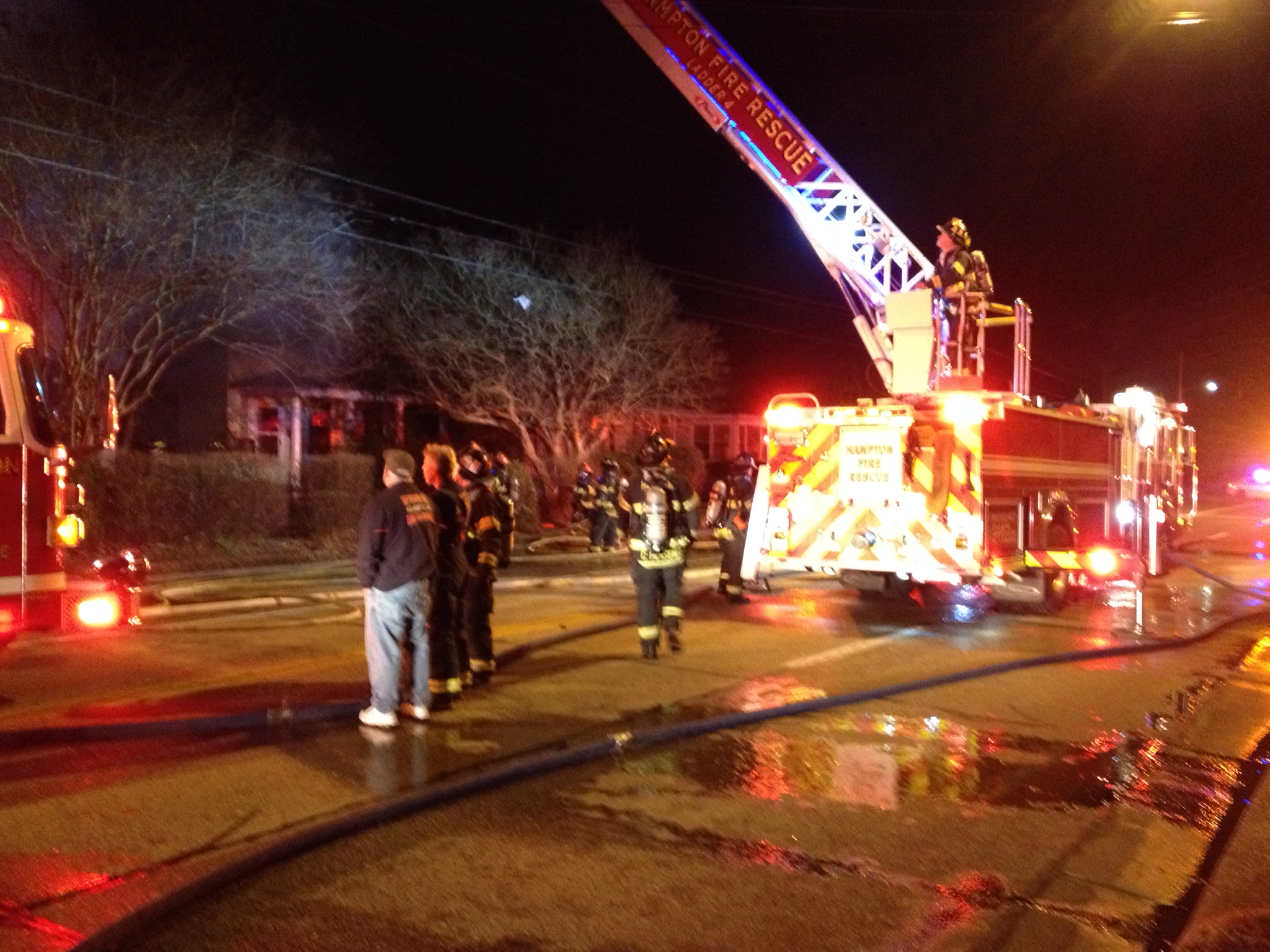 HAMPTON, Va. – Hampton Fire crews responded to a fire at a home in the 700 block of E. Mercury Boulevard late Thursday.

Fire crews arrived to find the two-story home fully involved with heavy smoke and flames showing. Crews made an exterior attack due to the large fire load and flames. The fire was contained and extinguished in approximately one hour.

The home sustained heavy fire, smoke and water damage throughout the home.

The home was not lived in, nor occupied. It was reported by a passerby.

One firefighter suffered minor heat exhaustion and was transported and later released from Sentara Careplex Hospital.