HAMPTON, Va. - One military family got the surprise of a lifetime at a Monster Jam performance on Saturday.

Naval Petty Officer First Class Ian Bivins surprised his family with a surprise homecoming after being deployed in Bahrain for one year.

During the performance, the announcer brought Bivins' wife Vicky and their two children, seven-year-old David and nine-year-old Hannah, down to the main stage to hand out some surprises.

"Now I understand, like many people here, you have a family member that is in the service," the announcer can be heard saying.

After giving the family front row seats, and the children goodie bags, the announcer had "one more surprise" for them: their father.

The crowd went wild as Bivins ran toward his family, catching his children in his arms. 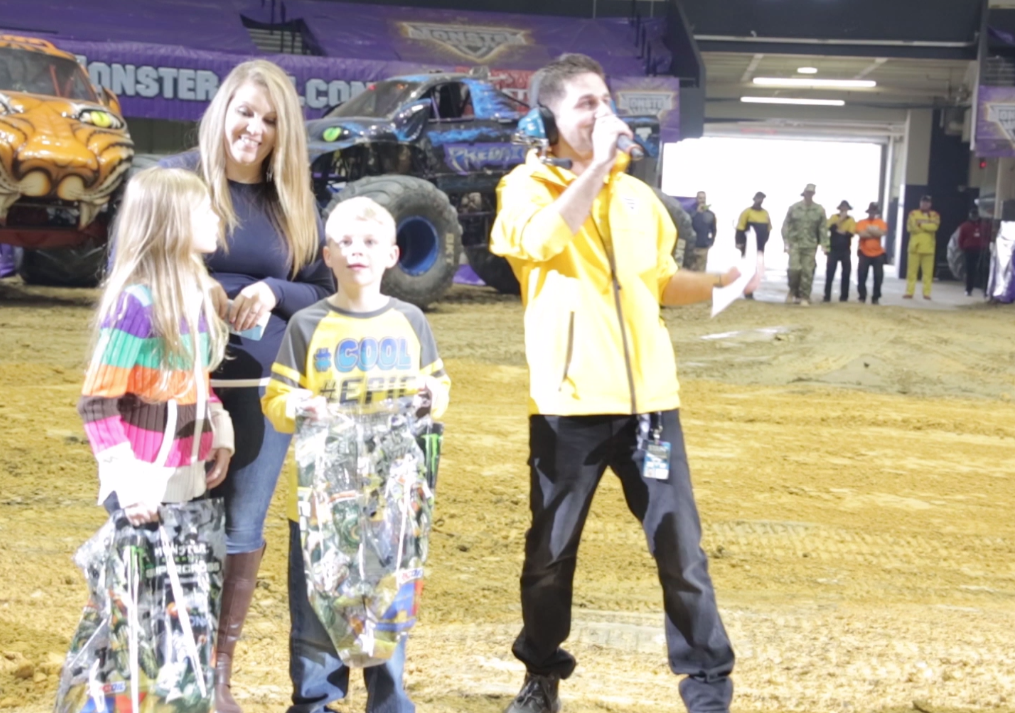