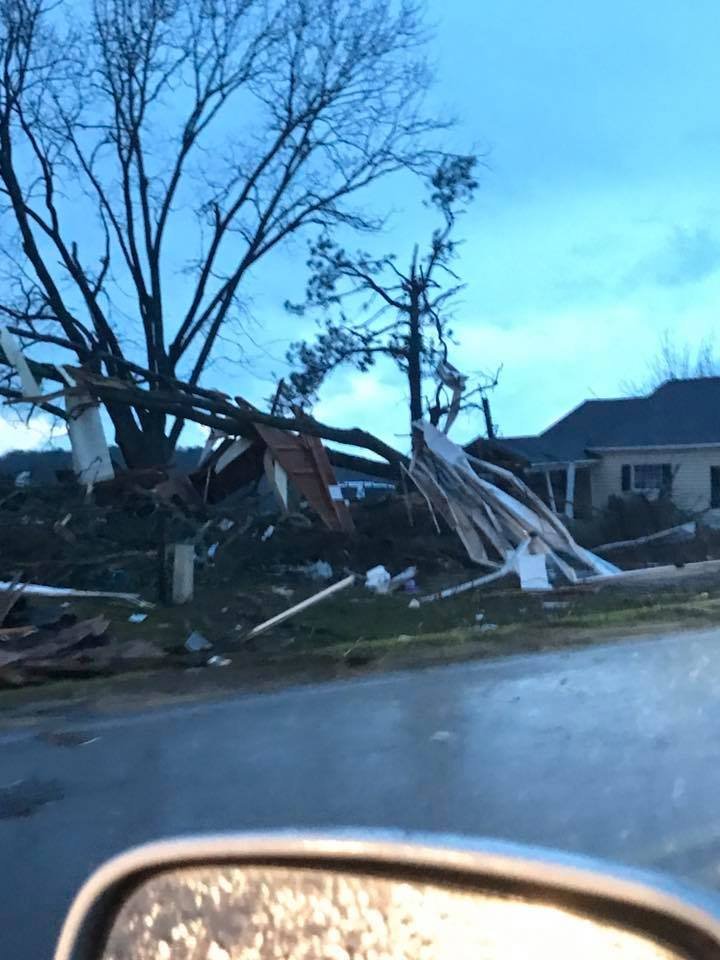 At least 12 people were killed in severe weather that struck southern Georgia on Saturday night and Sunday, bringing the weekend death toll from storms to 16 across the Southeast.

The deaths were confirmed by Georgia Emergency Management Agency spokeswoman Catherine Howden. She said the agency was working to assess the damage.

GEMA said eight people died in Cook County, and two each in Berrien and Brooks counties, in a largely rural area along I-75 between Albany, Georgia and Lake City, Florida.

“These storms have devastated communities and homes in South Central Georgia, and the state is making all resources available to the impacted areas,” Deal said in a statement.

“These storms have resulted in loss of life, numerous injuries and extensive property damage, and our thoughts and prayers are with Georgians suffering from the storm’s impact. … I urge all Georgians to exercise caution and vigilance in order to remain safe and prevent further loss of life or injuries.”

President Donald Trump offered condolences to Deal and Florida Gov. Rick Scott. Trump said he had talked to Deal and would talk soon to Scott, acknowledging also that Alabama was “hit hard.”

The National Weather Service issued a rare “high risk” alert for severe thunderstorms, including strong tornadoes Sunday afternoon and evening for southern Georgia and northern Florida. This is the first high-risk alert issued since June 2014.

Much of the Southeast could also see continuing severe weather, including tornadoes, the weather service said.

The weather service’s Storm Prediction Center issued a tornado watch for parts of Alabama, Georgia and Florida. The watch, which includes the cities of Atlanta, Georgia, and Tallahassee and Panama City in Florida, was in effect until 8 p.m.

The weather service also issued a tornado emergency for Albany, a city more than 170 miles south of Atlanta, as a large tornado approached on Sunday afternoon.

“It is with deep sorrow that I write this, the majority of Sunshine Acres is no more,” read a message on the Facebook page of Sunshine Acres mobile home park In the town of Adel in Cook County. “Most everyone is ok, there are some still missing.”

“The speedway is OK, but we had some damage to our luxury suites,” he said. “The roof was ripped right off and is lying on the drag strip now. It’s pretty bad. It leveled them.”

Owen said workers were cleaning up Sunday and expect to cancel next week’s racing. None had been planned for Sunday.

A fatal tornado struck southern Mississippi on Saturday, as severe weather gripped much of the Southeast. Preliminary damage assessments conducted in Hattiesburg, Mississippi, on Saturday showed the tornado packed winds reaching between 136 and 165 mph.

It killed four people and injured at least 20 more in Forrest County, the Mississippi Emergency Management Agency said. Most damage was near the cities of Hattiesburg and Petal.