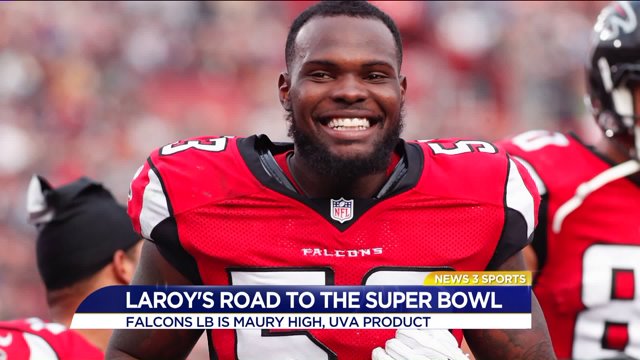 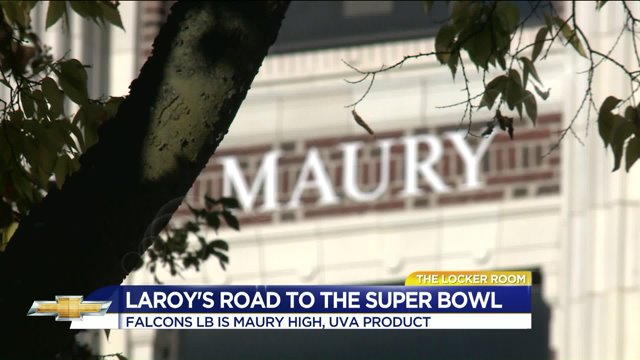 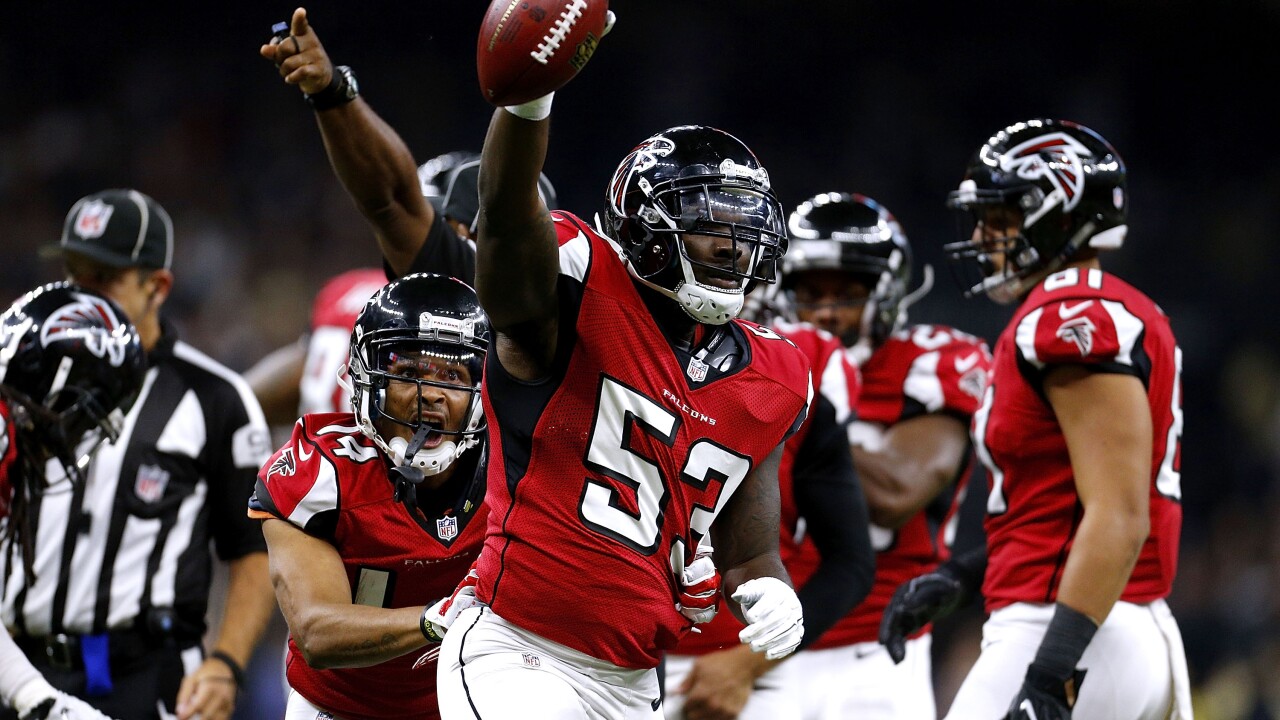 LaRoy Reynolds gets ready for the game against the Los Angeles Rams. (Photo by Josh Lefkowitz/Getty Images)

Maury High School, the alma mater of Kam Chancellor (Seahawks), Vinston Painter (Redskins) and LaRoy Reynolds has been represented in football's biggest game three of the past four seasons. Next Sunday, Reynolds plays for the trophy named after Coach Lombardi. Last decade, he played for Coach Quinerly and the Commodores.

"When you play sports, there`s always that one kid that you know is going to make it," explained former Maury head football coach John Quinerly. "LaRoy was that guy for me."

LaRoy Reynolds celebrates after recovering a fumble during the first half of a game against the New Orleans Saints. (Photo by Jonathan Bachman/Getty Images)

Quinerly saw it early. However, the NFL's read on Reynolds wasn't as quick. But maybe that's because the league only looked at LaRoy as a linebacker.

Just a three-star recruit out of high school, Reynolds converted from safety to linebacker during his sophomore season at Virginia. Despite playing 45 games in four seasons for the Cavaliers, he wasn't drafted by an NFL team.

As a free agent, he bounced from Jacksonville to Chicago during his first three years in the league before the Falcons found him March 16th. This year, he's played in all 16 regular season games and both playoff games for Atlanta. Reynolds just needed football to give him a shot - because he's been giving football everything he has.

Jermaine Gresham runs around LaRoy Reynolds after a catch during the first half at the Georgia Dome. (Photo by Kevin C. Cox/Getty Images)

"What I remember about LeRoy is how passionate he was about football," Quinerly said. "While other guys were sleeping or partying, LaRoy was working and getting better."

And now Reynolds is part of only one of two teams still playing.