The nominations for the 89th Academy Awards were announced Tuesday morning in Los Angeles.

Breaking from the tradition of a live broadcast, past Academy Award winners announced the noms in a series of recorded videos where they also shared their experiences as winners of the coveted statue. 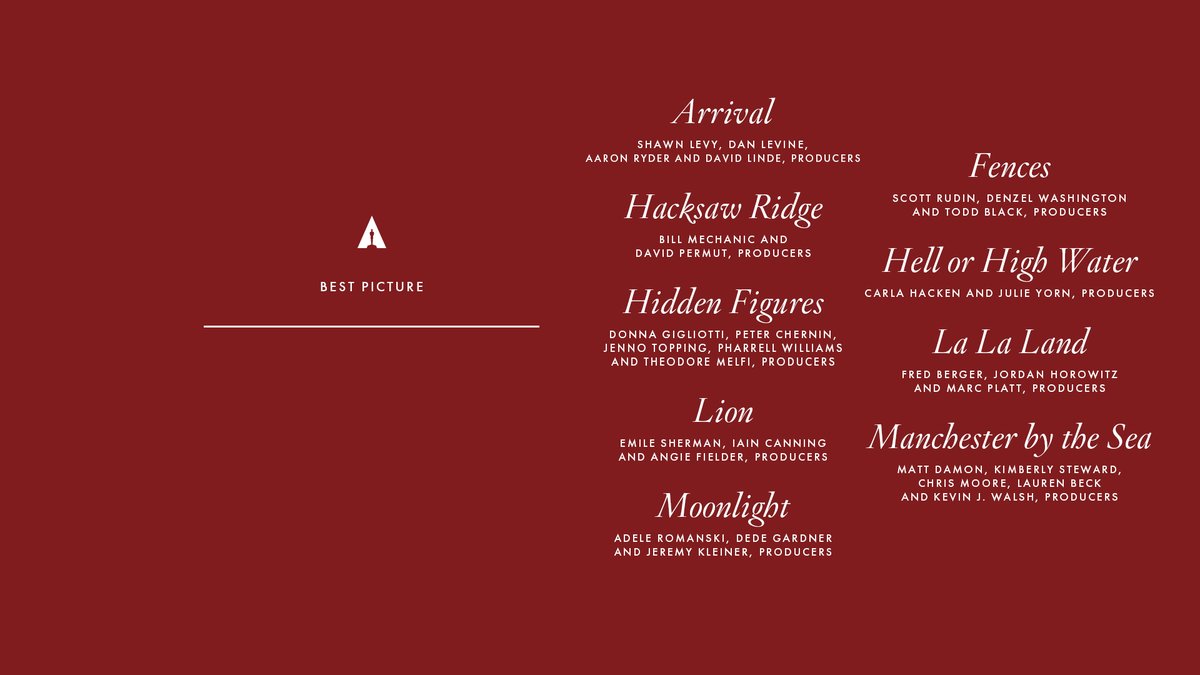 The romantic musical picked up 14 Oscar nominations, tying the record held by “All About Eve” and “Titanic.”

Casey Affleck, Andrew Garfield, Viggo Mortensen and Denzel Washington joined Gosling in being nominated for actor in a leading role.

Best picture nominations were handed out to “Arrival,” “Fences,” “Hacksaw Ridge,” Hell or High Water,” “Hidden Figures,” “Lion,” “Manchester by the Sea,” and “Moonlight” in addition to “La La Land.”

Jimmy Kimmel will host the 89th Academy Awards on February 26.