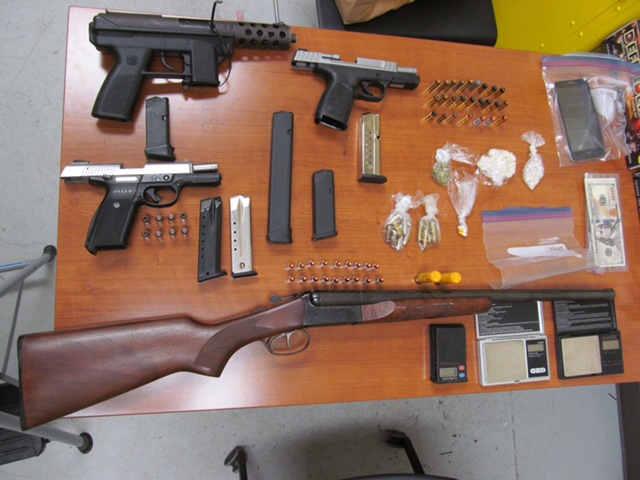 Police responded to the 700 block of 35th Street for reports of gunshots in the area.

People in the area told police that two men ran away to nearby apartments. Police were able to arrest the men, who both had outstanding warrants.

Timothy Jordan, 27, had outstanding warrants for robbery and use of a firearm in commission of a felony. Van Overby, 33, had an outstanding probation violation.

After responding to the incident, officers executed a search warrant in the 700 block of 35th Street in reference to the weapons offense.

The tenant, 35-year-old Arvette Booth, was home at the time. She had her son, who was under the age of 7, along with two other small children in the apartment.

While searching the apartment, officers found multiple handguns, some of which were loaded and not secured. One of the guns was reported stolen from Newport News. There was also a loaded shotgun on the floor by the bed.

In addition to the firearms, officers found a small baggie of oxycodone that was not prescribed, a small bag of what appeared to be marijuana and a bag of suspected crack cocaine. Officers also found a large bag of crack cocaine.