Blown away: what you need to know before next hurricane season

When Hurricane Matthew churned off the coast in October, it left behind a lot of damage in Hampton Roads and North Carolina.

It wasn't the strongest storm to ever impact our area, but the destruction was still unlike some people had ever seen.

Massive trees were knocked over, rain-flooded streets forced people to abandon their cars, and some residents could only watch as their homes filled with water.

Virginia Wasserberg was one of them.

"It was scary.  I'm not gonna lie. I didn't sleep the whole night," Wasserberg told News 3.

Wasserberg lives in the hard-hit area of Windsor Woods in Virginia Beach.

We caught up with her in early January, three months after Matthew.  She had just moved back into her home and construction to repair the damage was still underway.

"All the furniture got wet, and all the floors got wet, all the walls got wet, insulation," Wasserberg explained.

It's devastating to experience, and some say it won't get any better.

While there's no indication that we could see more hurricanes forming, there is research showing we could see some stronger storms.

"We do expect to see storms that do form can become more intense, largely related to warmer sea surface temperatures," said Dr. Stephanie Zick, an assistant professor at Virginia Tech.

At Virginia Tech, News 3 Anchor Erica Greenway had the rare opportunity to go inside their wind tunnel to experience what it's like standing up in hurricane force winds.

Engineers started off slowly, but eventually the winds reached 140 miles an hour which is equivalent to a Category 4. Even wearing a harness, it got too difficult to go any higher at that point.

You could clearly see the effects.

"One of the most remarkable effects of the wind that you see is how it effects people's skin, particularly the skin on people's face. It starts to develop waves at enough speed," said Dr. William Devenport, the tunnel's director.

Wind is just one part of the equation when it comes to hurricanes, though.

In fact, during Matthew most of the damage at Wasserberg's home and many others was actually caused by the rain.  Wasserberg had about 18 inches of water in parts of her house.

It was something she never expected to see where she lives.  Others were shocked that they were impacted for the first time as well.

Part of the reason, the simple fact that every storm is different, but another reason we saw different areas impacted during Matthew is because our area is changing.

"You drive in Chesapeake and Virginia Beach, what used to be farm fields are now subdivisions, and so you replace farm fields with concrete, with roads, with buildings, the water doesn't have any place to go," said News 3 Chief Meteorologist Patrick Rockey.

Experts say we could also see more changes in the future because of sea level rise.

"In terms of coastal flooding, if sea levels are already higher than storm surge, then you have to add that," said Zick.

It's a changing landscape, which means people in Hampton Roads and North Carolina need to be more prepared than ever.

There are a number of ways you can protect yourself as we get ready for another hurricane season, which runs from June - November. 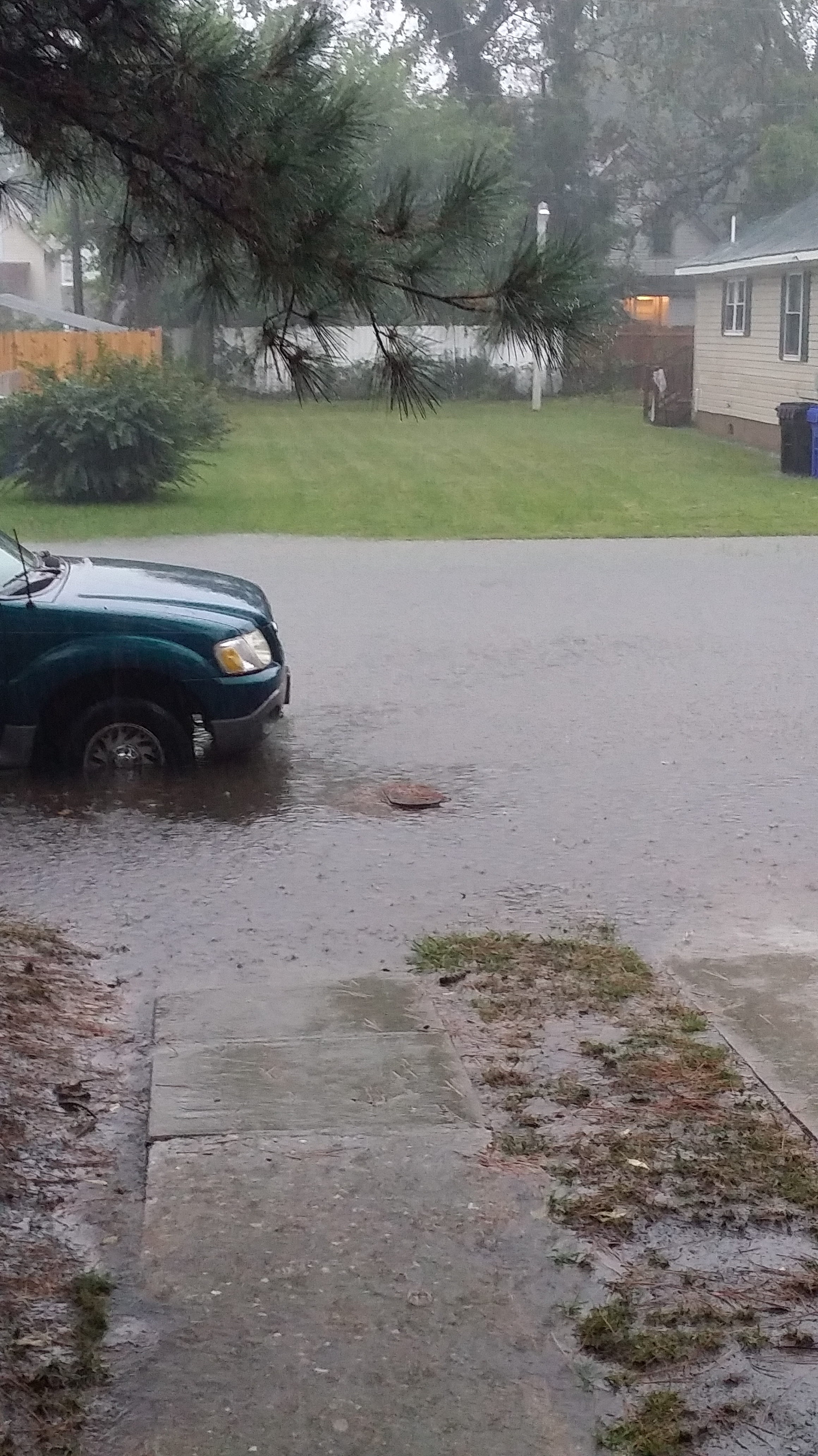