VIRGINIA BEACH, Va. - Touching American soil for the first time, three dogs are now in the custody of the Virginia Beach SPCA after being rescued from a South Korean meat farm factory.

Mason the mastif steps timidly onto American soil for the first time after being rescued for a S. Korean meat farm.

“Most abuse happens during the slaughter process,” said the director of shelter operations for VBSPCA, Jenny Teed. “More often than not, when they do slaughter [the dogs] on the farms, it is in very horrific ways, but it is also in front of all the other animals.”

Canine meat farms are not illegal in South Korea, and there is no regulation on how the dogs are killed before their meat is sold.

“The more torturous they can make the slaughter process, the more enhanced they feel the meat is for them,” Teed explained. “They feel that with the fear come the endorphins, come the hormones that they feel makes the meat will pass that on, and they also feel that it makes [the meat] more tender.”

Mason arrives at the VBSPCA skinny and underfed after being rescued from a S. Korean meat farm.

Arguably, not everyone in South Korea believes in slaughtering dogs.

“The younger generation is really trying to push banning this, and at a very minimum, trying to make the process more humane.”

According to the VBSPCA, the recently rescued dogs came from a farm in Wonju, South Korea who came forward on their own volition, asking for help in turning their meat business into an agricultural farm.

Dixie (L) and Sundance (R) are up for adoption on Friday. They were rescued for a S. Korean meat farm last month.

The VBSPCA is just one of the few emergency shelters that are a part of the Humane Society of the United States’ emergency placement partner program.

Last month, VBSPCA sheltered four more dogs who were rescued from a South Korean meat farm. They say two of the dogs, Sundance and Dixie, will be up for adoption as early as Friday.

As for the new pups, they plan to put them up for adoption as well, but it could take some time to rehab these dogs back to normal.

With the help of Humane Society International (HIS), six dog meat farms have been closed in South Korea since 2015.

A total of 770 dogs have been saved as HIS aims to end the dog meat trade across Asia. 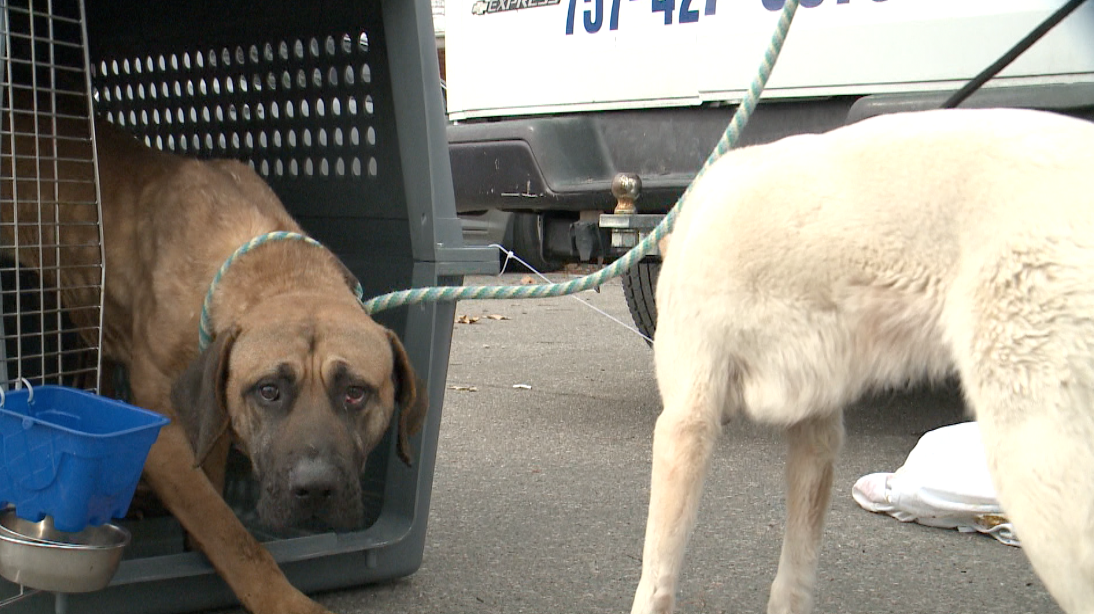