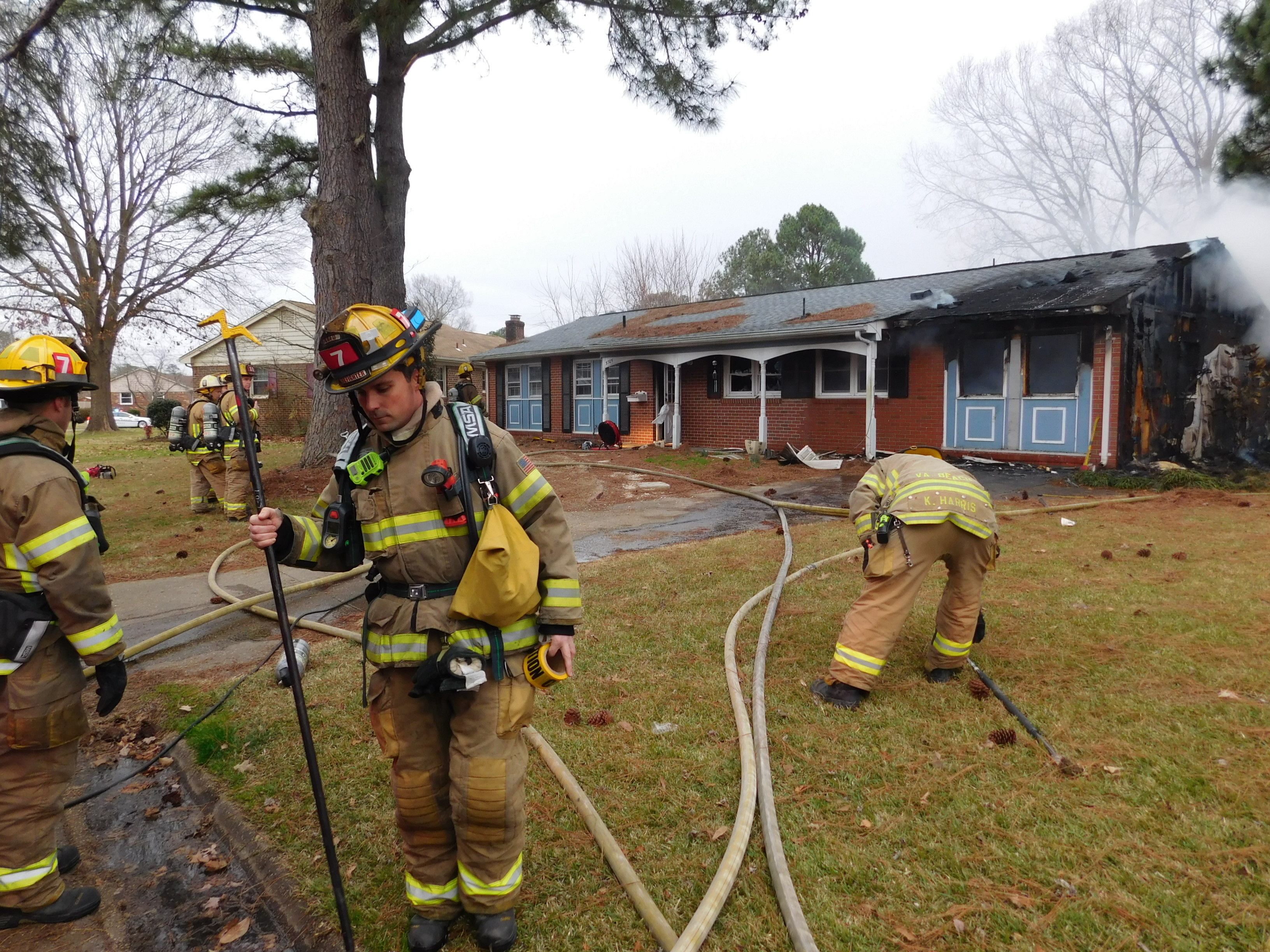 VIRGINIA BEACH, Va. – Two pets were killed and three residents are now homeless after a fire destroyed their Virginia Beach home on Friday.

Virginia Beach firefighters were called to the home in the 5700 block of Chippewa Road around noon after neighbors reported seeing the home burning.

When units arrived, they saw heavy smoke and flames coming from the front and right sides of the single-story home. Two rooms on the right side were fully involved, according to VBFD.

Firefighters had the fire under control at 12:19 a.m. and declared the fire out about 20 minutes later.

No one was home at the time of the fire but two dogs were found deceased inside the home.

The residents of the home – two adults and their teenage son — were displaced as a result of the fire, which caused extensive damage.