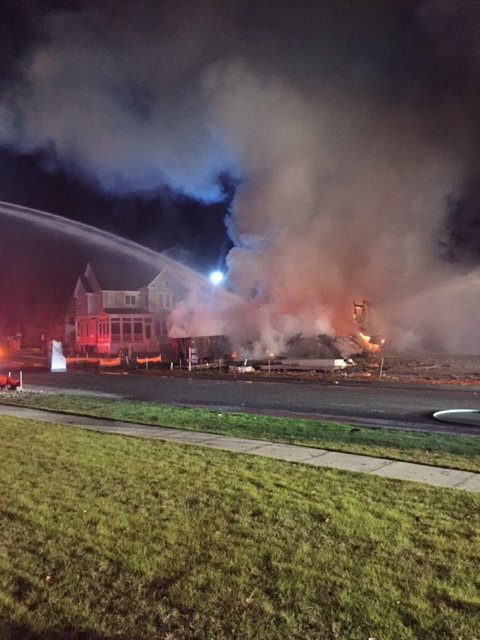 CHESAPEAKE, Va. – A house under construction in the Great Bridge section of the city was destroyed by fire early Monday morning, according to fire officials.

Firefighters were called to the 200 block of Chaffins Court shorty after 1 a.m. and found intense fire coming from the house. An adjacent house was also damaged from the fire.

It took firefighters around 35 minutes to get the fire under control.

No one was injured and the cause of the fire remains under investigation.