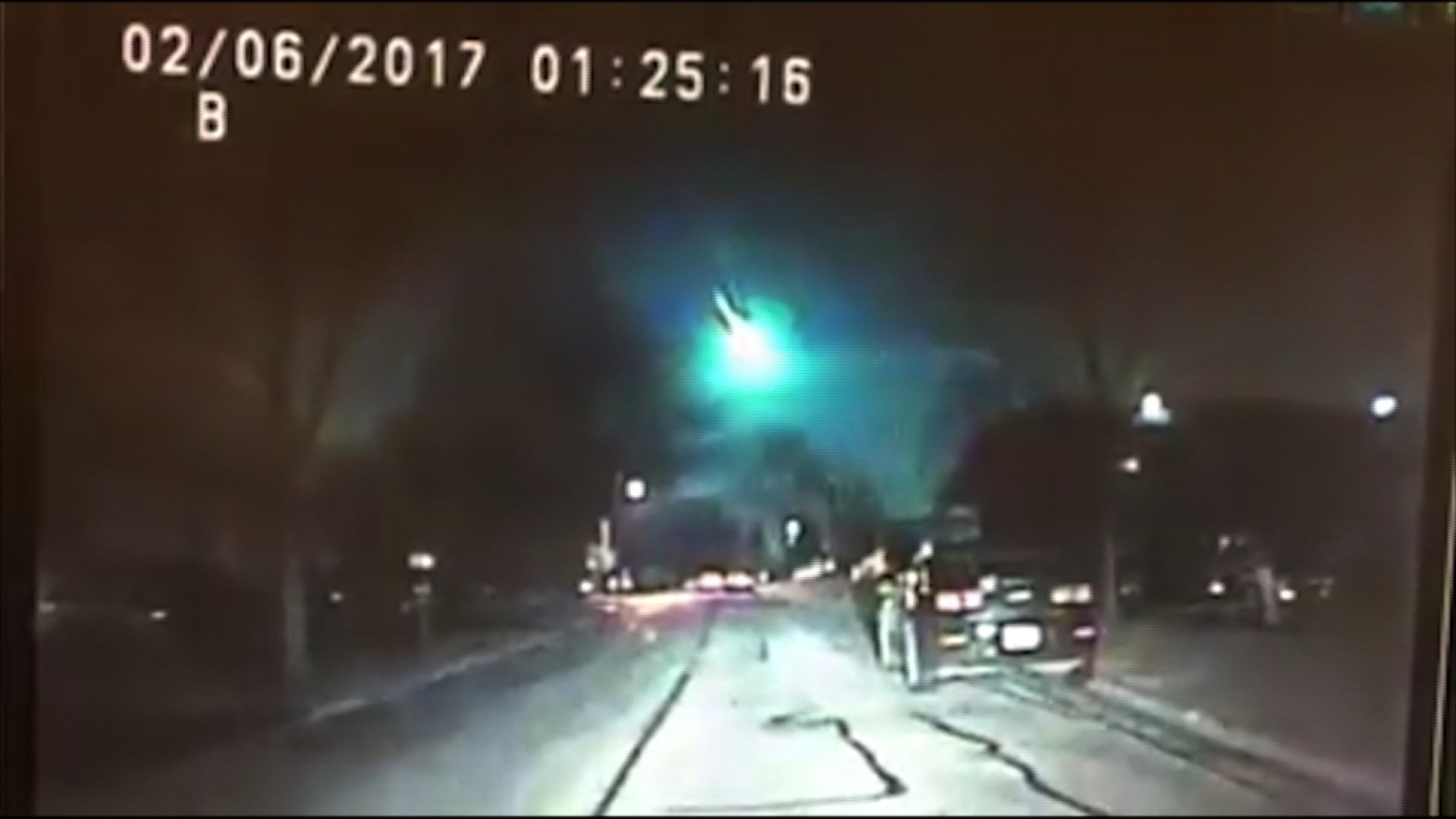 A flaming meteor was spotted early Monday in the lower sky across the Midwest, giving a rare up-close look of the phenomenon, which was caught on video, the National Weather Service said.

The weather service in Chicago shared this clip on Twitter:

It was unclear if the meteor struck earth or burned out.

It might have even dropped into Lake Michigan, where it was briefly spotted on radar near Sheboygan, Michigan, at about 1:30 a.m. Central Standard Time.

In suburban Chicago, a Lisle, Illinois, police dashcam recorded a video that drew thousands of views and shares on Facebook.

Weather Service meteorologists in Chicago, Milwaukee and Green Bay, Wisconsin, said meteor showers are common in the area — but a spectacular view like this is rare. People reported seeing it from Wisconsin to Illinois to Indiana.

Some in Wisconsin reported hearing a sonic boom, which is caused when a meteor enters the atmosphere, said NWS meteorologist Sarah Marquardt in Milwaukee.

Comments on social media indicated a range of responses from fear to excitement.

On Facebook, Sherry Udit wrote that she saw it in Oswego, Illinois, adding, “Thought I was just imagining things!”

And football fan Ryan Grubbs observed, “That was Matt Ryan’s star crashing back to Earth … lol.”