Multiple tornadoes reported in Louisiana; Heavy damage in some areas

The severe weather spanned a wide swath of southeastern Louisiana.

Edwards declared a state of emergency in the wake of the storms.

Severe thunderstorms were predicted to continue Tuesday from the central Gulf Coast region to the Ohio Valley ahead of a strong cold front, according to the National Weather service.

Very large hail, strong winds and tornadoes will be possible in the lower Mississippi River Valley and central Gulf Coast states through Tuesday evening, according to the weather service.

There were reports of some heavily damaged homes and businesses in the city’s east, but so far no reports of fatalities, Burns said.

More than 17,000 people in Louisiana were without power, according to utility company Entergy’s outage map.

Jonathan Simeral, a materials engineer at the facility, said he initially headed to a window after getting a weather warning on his phone, but then “dove into a bathroom” after his colleagues screamed that they could see the tornado approach.

The cluster of thunderstorms will continue to be a threat for the remainder of Tuesday, CNN meteorologist Jennifer Gray.

“This is a serious, serious situation,” Gray said.

Sam Girault posted this video on Facebook in New Orleans. 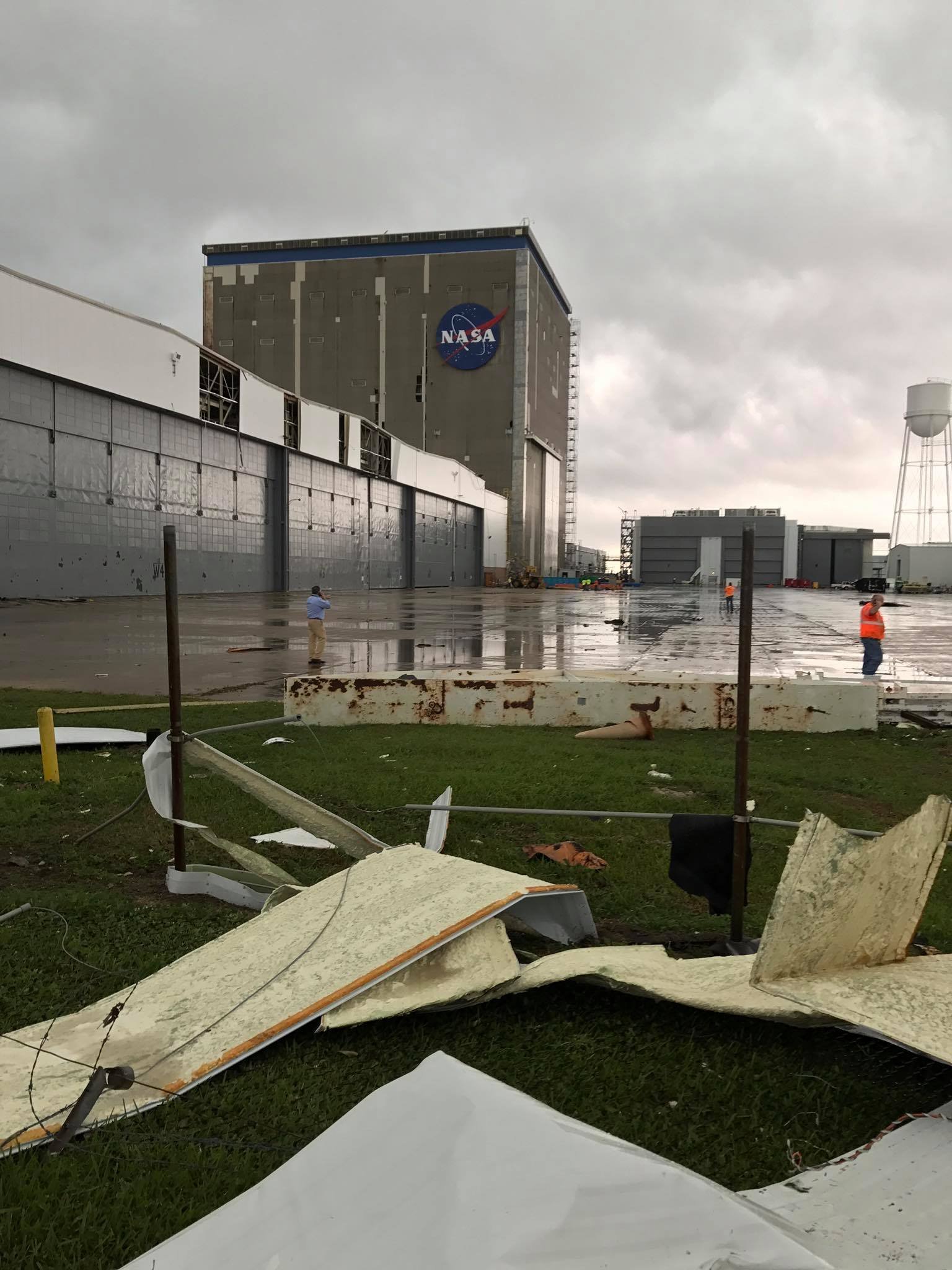