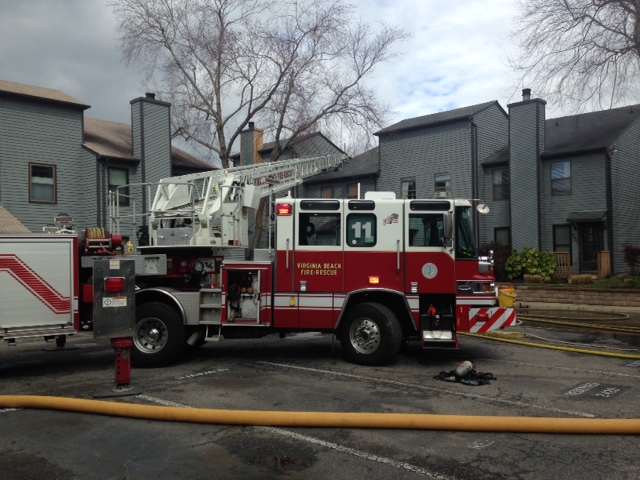 VIRGINIA BEACH, Va. – Crews responded to a fire in the 2400 block of Marsh Creek Court Thursday.

According to fire officials, the fire happened at a multi-family structure. The two end units received ceiling, smoke and water damage.

All residents were able to safely get out of their home.

Due to the extent of damage from the fire residents in the unit where the fire started are temporarily displaced.

Winds were strong at the time of the fire and if crews had not responded quickly the damage could have been worse, firefighters said.

Fire officials remind residents to be sure your chimney is clean before using it. A chimney sweep should inspect your fireplace at least once a year.