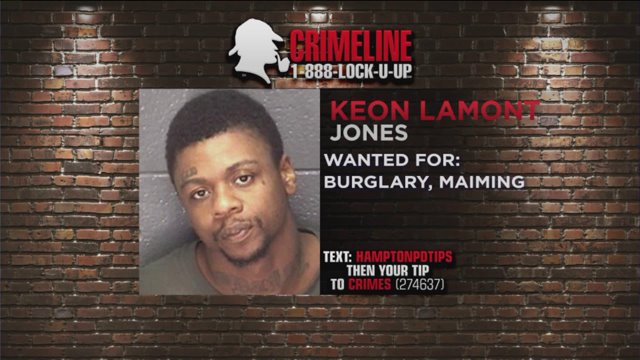 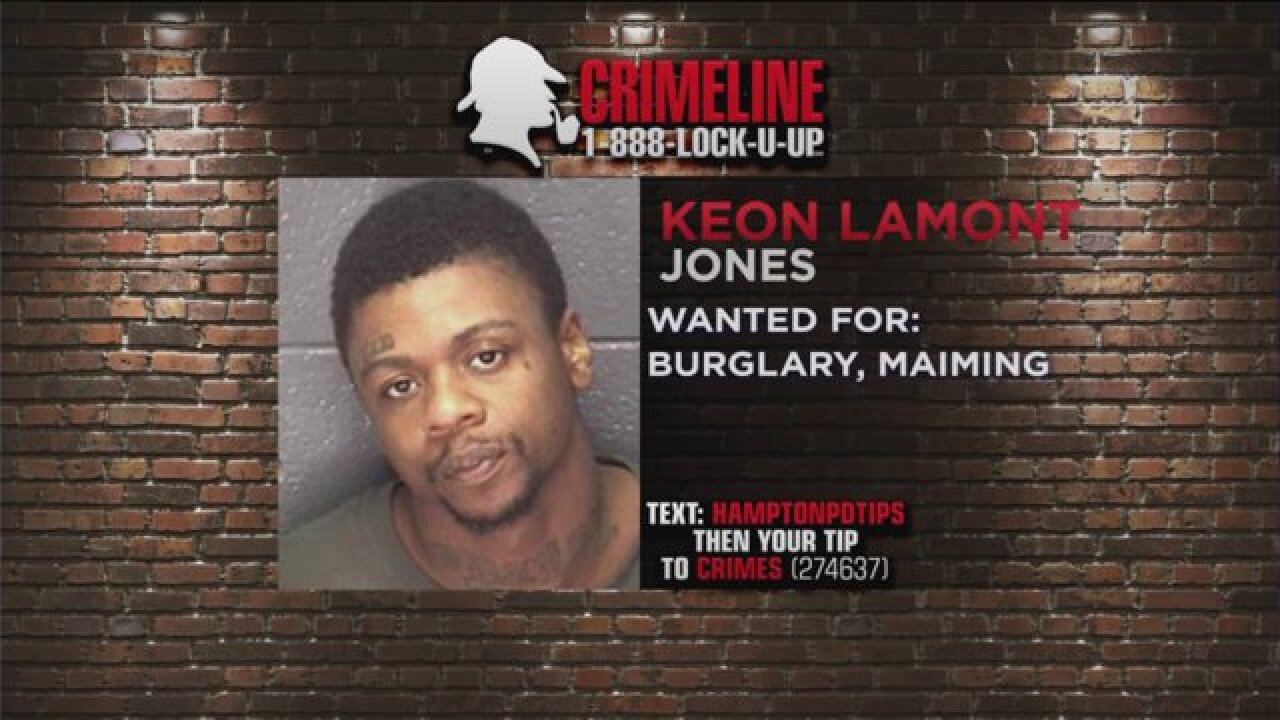 HAMPTON, Va. – Police in Hampton need your help to find a suspect wanted for several charges, including maiming and burglary.

They’re looking for Keon Lamont Jones, 32.  Jones is 6’2″ and weighs about 200 pounds.  He has a tattoo on his lower left forearm, a tattoo of a five point star on the left side of his face, a tattoo above his right eyebrow and a large tattoo on lower front part of his neck.

His last known address is on Maplewood St. in Hampton.

According to police, Jones forced his way into a home and assaulted a woman on November 14, 2016.

If you know where he is, there are three ways you can submit a tip to Crime Line.

Your tip will remain anonymous and you could be eligible for a cash reward of up to $1,000.