The shipyard was established as Gosport Shipyard on Nov. 1, 1767 by Andrew Sprowle, under the British flag. During the American Revolution, Sprowle chose to remain loyal to the British and fled the area.

The shipyard was confiscated by the Colony of Virginia and eventually burned by the British.

It was later rebuilt and in 1862, despite being located in Portsmouth, it was named for Norfolk, the largest city in the area.

The shipyard was destroyed again during the Civil War and rebuilt once more. The shipyard built thousands of ships through the end of World War II, when the shipyard was converted from a shipbuilding facility to a overhauling and repair facility.

It is now the U.S. Navy’s oldest shipyard and the fourth largest employer in Hampton Roads.

The shipyard’s official anniversary will take place on Nov. 1, 2017, but during the months leading up to the anniversary, the shipyard will hold many festivities, observances, and awareness events.

One of the first events is the 75th anniversary of the launch of the fourth and final USS South Dakota-class battleship, USS Alabama (BB 60).

More than 3,000 men and women worked 24-hour days for 30 months to complete the project nine months ahead of schedule. The USS Alabama was launched on Feb. 16, 1942 and commissioned that August. 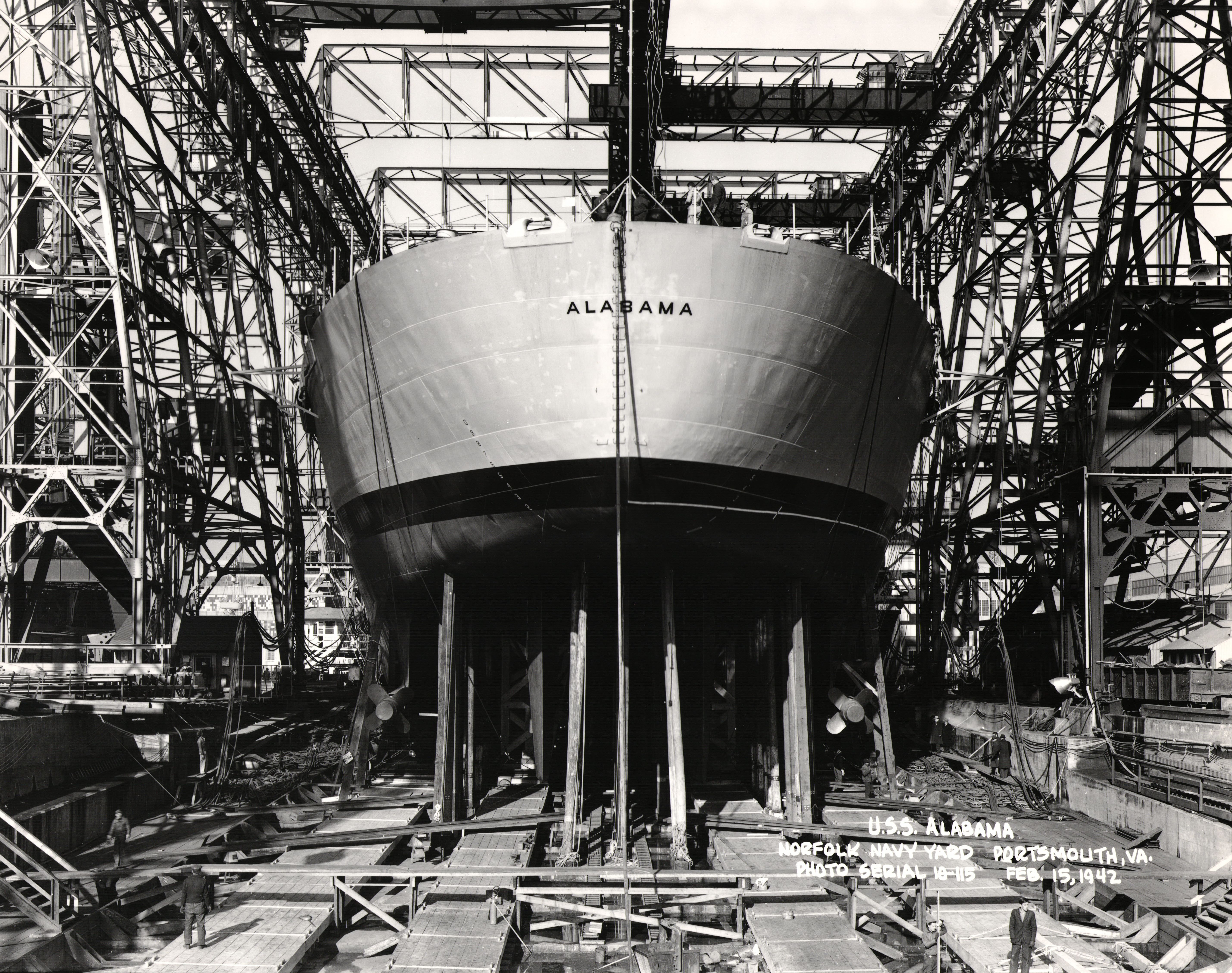 Alabama joined the fight in the Atlantic and Pacific theaters during World War II and was awarded nine battle stars.

Alabama was decommissioned in 1947 and stricken from the Naval Vessel Register in 1962. Since then, the ship has served as a museum ship at Battleship Memorial Park in Mobile, Alabama. It has now been named a National Historic Landmark.

Norfolk Naval Shipyard has created a USS Alabama parade float, a highly detailed replica of the ship, to participate in various events in parades throughout the region.