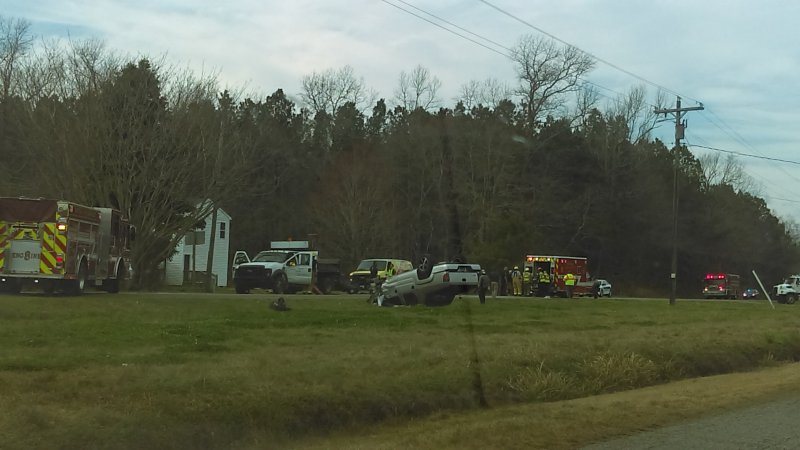 SUFFOLK, Va. – Crews responded to the scene of a two vehicle crash Wednesday afternoon that resulted in the closure of a portion of Carolina Road.

Police said a City of Suffolk heavy duty truck hauling a trailer and a Honda SUV were involved in the incident that happened in the 4200 block of Carolina Road at 2:30 p.m.

An investigation showed that the city vehicle stopped in the roadway and was struck from behind by the SUV, which resulted in the SUV traveling up onto the trailer and then flipping over and landing on its roof.

The adult female driver of the SUV suffered minor injuries but did not require medical transport police said.

The male driver and passenger of the city vehicle sustained non-life threatening injuries and were ground transported to Sentara Obici Hospital.

Police said the driver of the SUV received a summons for Reckless Driving.