Two injured in crash on S. Military Highway in Chesapeake 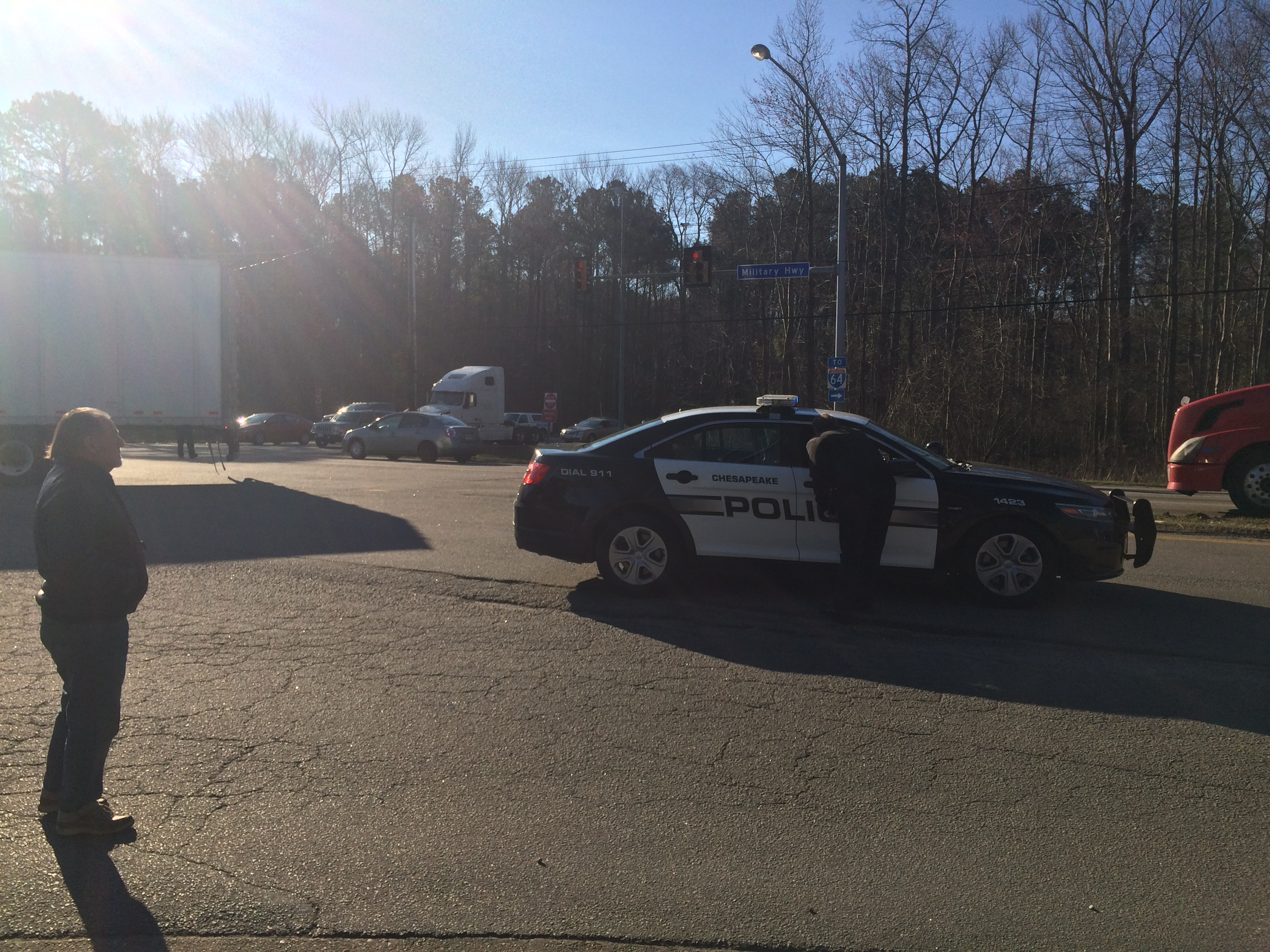 CHESAPEAKE, Va. – Two people were injured in a crash that occurred Friday morning on South Military Highway at Cavalier Boulevard.

The crash happened at approximately 7:25 a.m. and involved a Chevy Malibu and a Vico Construction truck.

At least one of the two victims had to be extricated from their vehicle.

Chesapeake Police say both victims suffered non-life threatening injuries and were transported to a local hospital for treatment.