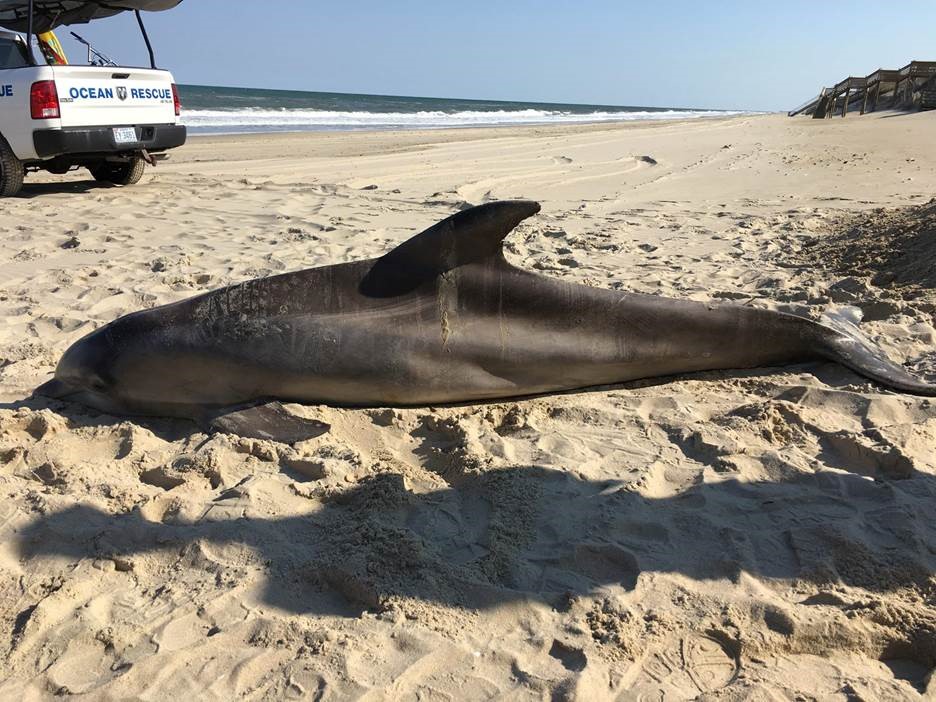 NAGS HEAD, N.C. – A dead dolphin was found on a beach in Corolla on Monday.

According to a Jennette’s Pier Facebook post their director and an educator responded to a report of a dead dolphin on Monday morning.

They said the male dolphin was 8 1/2 feet long.

He was taken to the National Park Service’s Bodie Island Maintenance Facility for holding.

The post said the dolphin will be sent to North Carolina State University’s Center for Marine Sciences and Technology.

He will be used to educate the next generation of marine biologists, the Pier’s Facebook said.