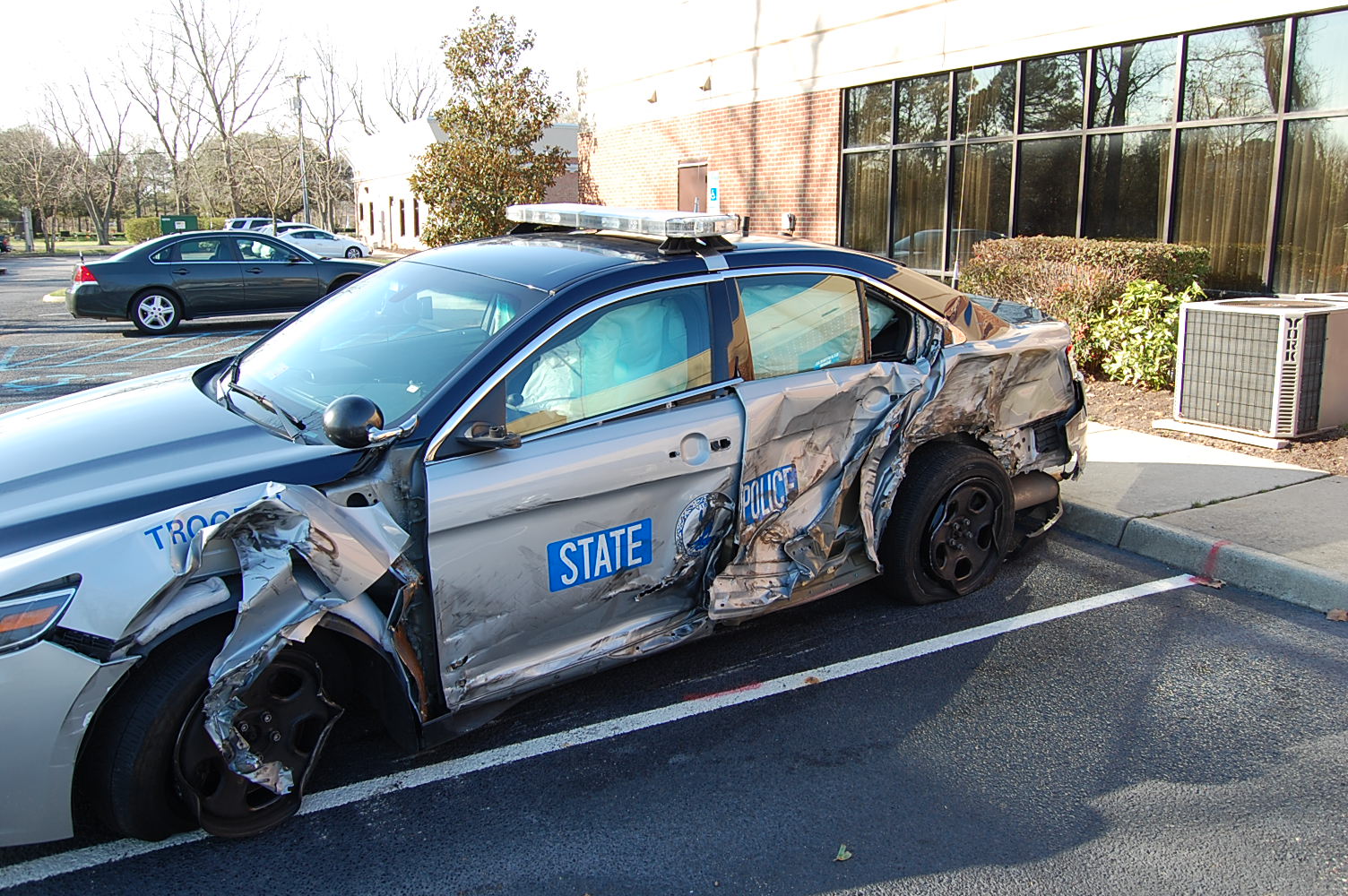 NEWPORT NEWS, Va. – A Virginia State Police trooper was injured early Thursday after a tractor-trailer side-swiped the trooper’s patrol vehicle on I-64.

VSP says Trooper I.K. Ibrahim had pulled over a Kia for speeding just after midnight. The two vehicles were pulled over onto the right shoulder near the Jefferson Avenue exit. The trooper’s vehicle’s emergency lights were activated and flashing.

At 12:28 a.m., a tractor-trailer ran off the road and side-swiped both the trooper’s vehicle and the Kia.

The driver of the Kia, an 18-year-old Williamsburg woman, was not injured. A 17-year-old passenger suffered a minor injury and was treated at the scene.

Trooper Ibrahim was sitting inside his patrol car when it was hit. He was transported by ambulance to Riverside Hospital where he was treated and released for minor injuries.

The driver of the tractor-trailer, 55-year-old Lester A. Diggs, was not injured in the crash. He was charged with reckless driving. VSP say fatigue was the cause of the crash.

The tractor-trailer was carrying approximately 1,000 pounds of U.S. mail.