Robots attend school in place of sick kids, thanks to one giving boy 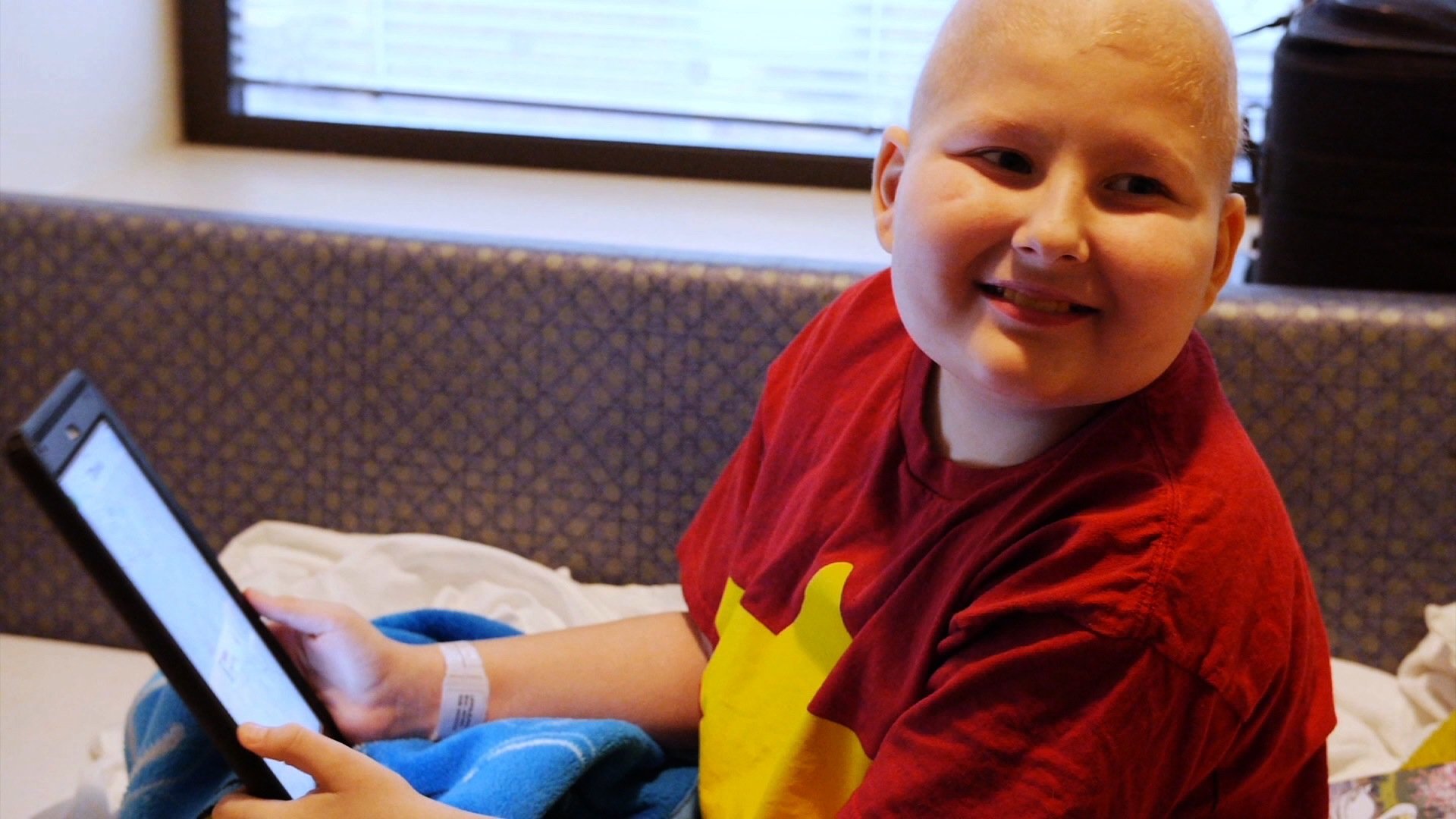 Leslie Morissette’s son, Graham, was 6 years old when he was diagnosed with leukemia.

“We spent two years pretty much in and out of the hospital,” Morissette said. “Watching your child battle a serious illness is the worst possible thing a family can go through.”

Throughout Graham’s treatment, Morissette wanted to log on to the Internet to make sense of what the doctors were telling them and to help Graham stay in touch with friends and family.

It was the late 1990s, when the Internet was relatively new and not as widely accessible. The Morissettes had a computer and Internet access at home, but there was no way for them to go online at the hospital.

Still, Graham connected with everyone he met, from elderly patients to younger children.

“He would lend other sick children his toys or act silly to make them laugh,” Morissette said. “Graham’s special spirit is what kept me going. He helped me have the energy and the strength to fight with him.”

Inspired by how Graham lived his life caring about others, Morissette founded the nonprofit Grahamtastic Connection in his honor. The organization provides free technology — including computers, iPads, and now robots — to children battling cancer and other serious illnesses.

Since 1998, the group has helped nearly 1,500 children throughout the country stay connected to the outside world and continue their education.

CNN’s Laura Klairmont spoke with Morissette about her work. Below is an edited version of their conversation.

CNN: How does the technology you provide help these kids?

Morissette: (It) keeps children from feeling isolated. It connects them to their family, their friends and their classrooms. It really helps them heal emotionally and physically at the same time.

When Graham was home, the computer definitely helped him stay in contact with his school and his medical team and friends. However, that was almost 20 years ago when the internet was really in its infancy. Kids now have the ability to be so much more connected using new technology like FaceTime and social media.

I find that most seriously ill children just want to be normal kids. They want be in school and they want to be with their classmates. So, we’re providing the tools that enable that.

CNN: Tools like the robots! What do the robots allow the kids to experience?

Morissette: One of our major goals is to connect kids to their classrooms, which really helps them continue their education despite hospitalizations and days missed from school. We’ve been providing robots since 2012, and the robot technology is really cool.

The robots transport the child right into the classroom in real time. They can operate the robot right from their hospital bed or home. So, if a child is unable to attend school, they can simply log on to their tablet or laptop and call in to the robot.

It’s neat technology that really gives children the feeling of control, where their world is maybe out of control.

CNN: What inspires you to continue this work?

Morissette: My hope is just to make the lives of these children a little bit better, a little bit easier. This work is not even really work; it’s my path, it’s my calling. I can’t imagine doing anything else. I love working with these children.

Every time I can help a child in need, I feel as though Graham is smiling down, I like to say, his angel wings fluttering. It’s really important for me to keep my son’s memory alive. Graham was such a special boy; he was just beyond his years. He always liked to help other people and do kind and thoughtful things.

He was full of love. He had a very special light inside of him; you could almost see it glowing from his heart. I believe that Graham’s love lives on in the work that I do. And I’m proud and privileged to be able to do it in his honor.