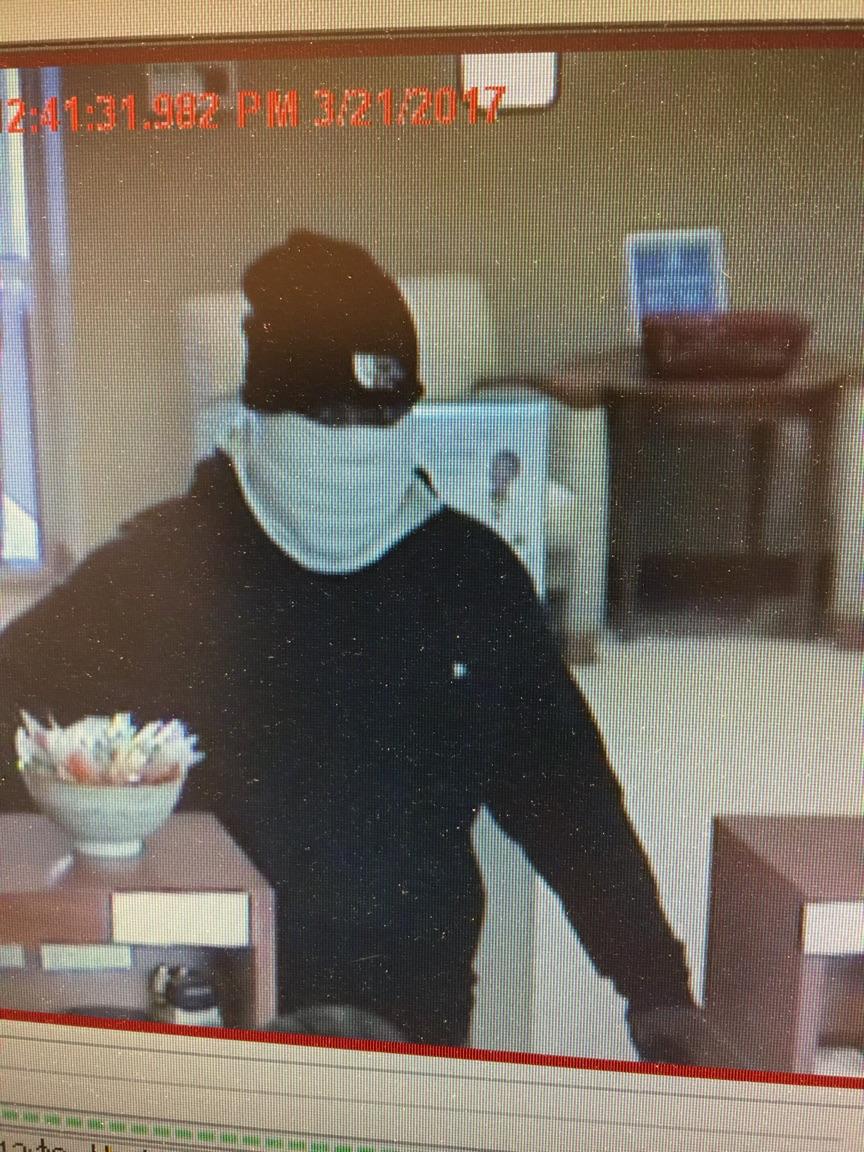 VIRGINIA BEACH, Va. – Virginia Beach Police are investigating a bank robbery that occurred around 12:45 p.m. at the Old Point National Bank branch in the 1600 block of Laskin Road.

Police say the suspect entered the bank, pulled out a gun and demanded money. After being given the money, he ran from the bank towards First Colonial Road.

The suspect is described as a stocky black male, approximately 5’8″ tall, with a dark complexion. He was wearing a black North Face beanie, a dark sweatshirt and light colored jeans.