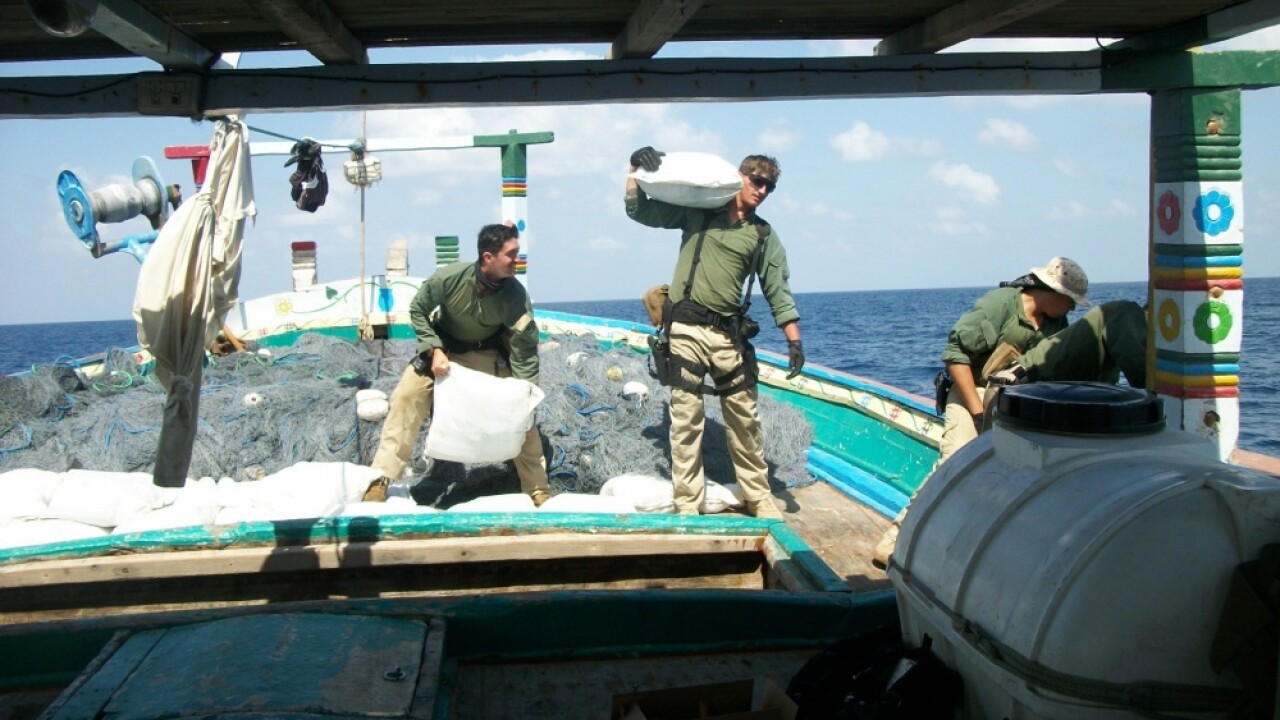 On March 17, over 1,100 pounds of Hashish was seized from a ‘small, stateless dhow’ in international waters. The drugs were discovered while Sailors conducted an inspection of the vessel as part of a flag verification boarding, according to the Navy.

“They worked tirelessly for over 14 hours to secure the illicit narcotics,” said Lt. Dan Foley, the boarding officer who led the team that made the seizure. “I cannot praise them enough for staying calm and collected in a very tense environment. Ultimately, it was a great St. Patrick’s Day. We kept the drugs off the market, and most importantly, denied terrorist organizations from benefiting off the profits of the narcotics on board.”

The Laboon intercepted another ‘small, stateless dhow’ on March 13 in the international waters of the Arabian Sea. Approximately 600 pounds of heroin was seized.

The Laboon departed Norfolk in January and has been in the region since February.