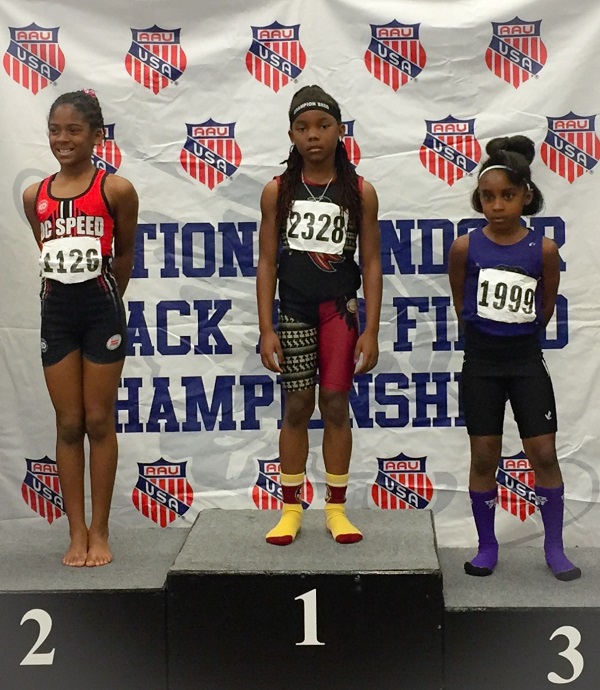 PORTSMOUTH, Va. – A third grade honor roll student from John Tyler Elementary has been named the “Fastest 9-year-old Girl” in the nation after competing against hundreds of the top girls in Landover, Maryland.

Aziyah Heru earned the gold medal at the AAU National Indoor Championship games. She runs track for the Virginia Seminoles Track Club, which is made up of students from across Hampton Roads.

Her dream is to break the 100-meter Olympic record set by Florence Joyner Griffith in 1988. She’s now preparing for outdoor track training with her father five days a week.