Las Vegas Strip shooting leaves one dead and one wounded 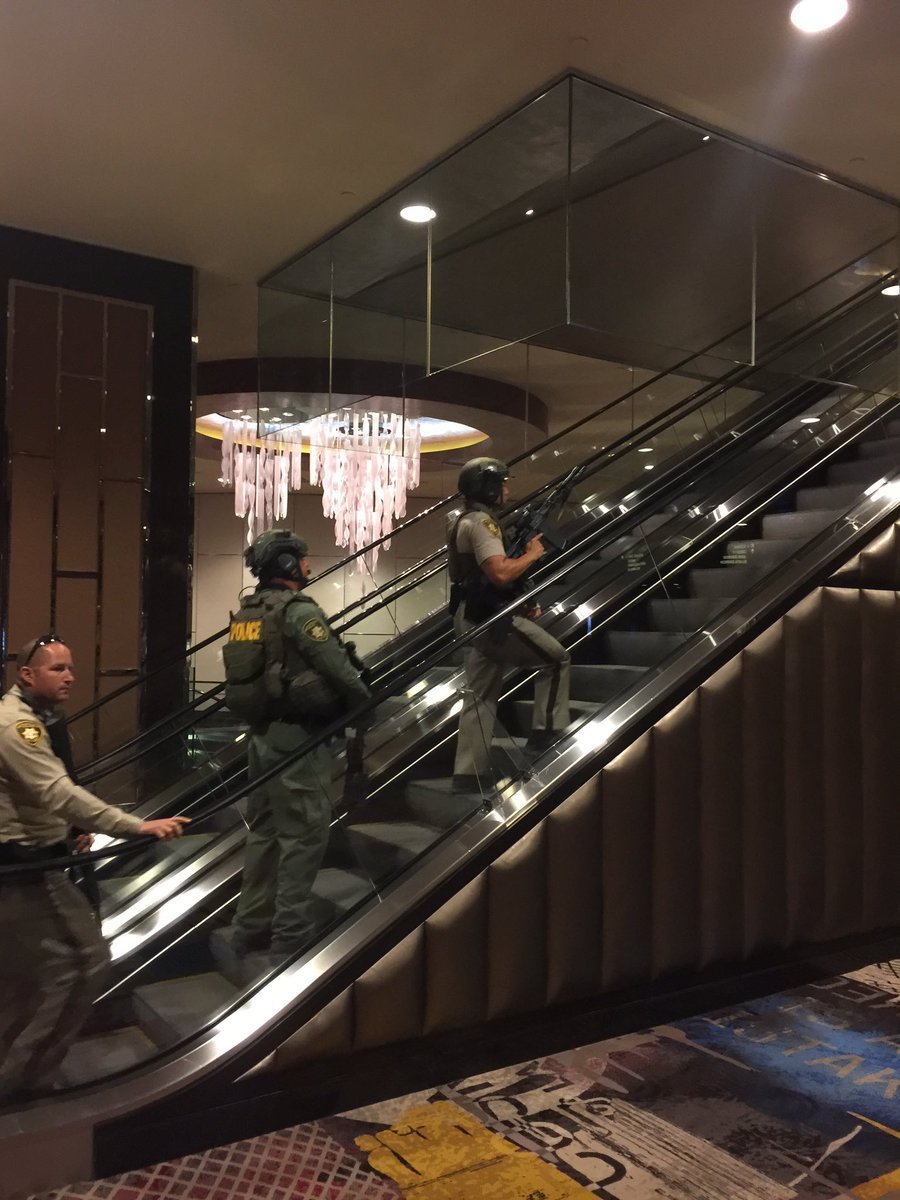 The man who authorities say shot two people, killing one, on a bus in Las Vegas surrendered without incident Saturday after a standoff that lasted more than four hours, police spokesman Larry Hadfield told reporters.

Hadfield said the second person shot had minor injuries and was hospitalized.

The shooting suspect remained on the coach bus for hours while tactical teams and negotiators came to the scene on Las Vegas Boulevard, which was closed between Flamingo Road and Tropicana Boulevard during the crisis.

No one else was on the bus, a white double-decker with advertising wrapping on the windows that makes it difficult to see inside.

The incident is not related to terrorism, Hadfield said. There also is no evidence that the incident is connected to a robbery earlier Saturday at the Bellagio.

Hadfield said he had no information about the shooting suspect or the victims.