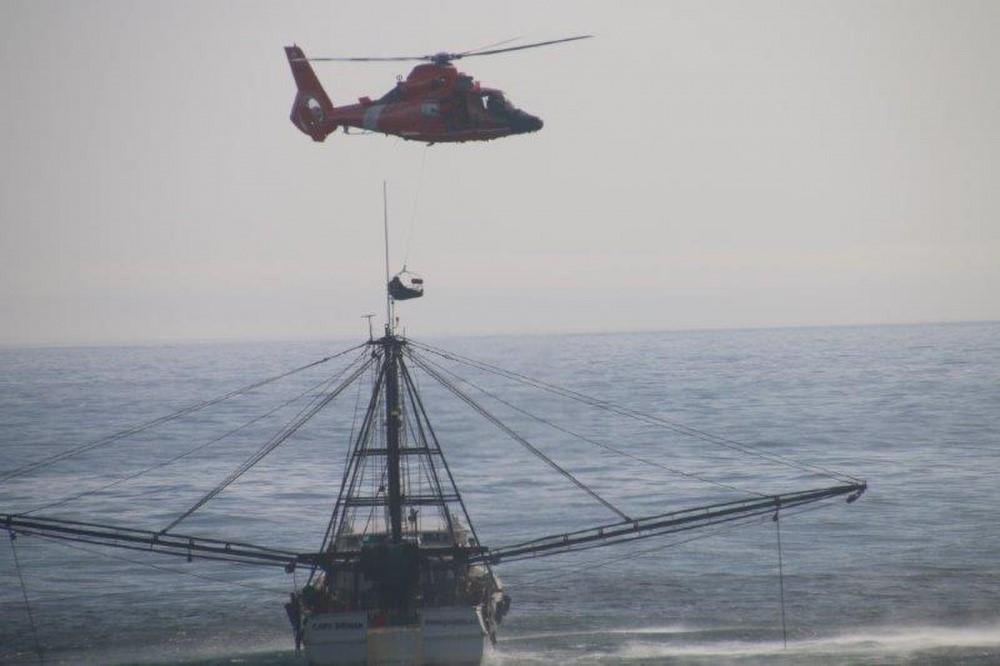 According to Coast Guard, the 5th District command center in Portsmouth received an alert from the 75-foot trawler Capt. Nathan with three people aboard.

The command center diverted the U.S. Coast Guard Cutter Escanaba and an MH-65D Dolphin helicopter crew from Air Station Atlantic City to the scene. The crew of the Escanaba made contact with the crew and discovered the captain was suffering symptoms of a stroke.

“The quick actions and critical thinking of all Coast Guard units and the crew of the fishing boat resulted in locating the mariner and bringing him to the medical care he needed as quickly as possible,” said Petty Officer 1st Class Joe Watford.