A woman drove into a vehicle Wednesday morning and nearly ran over Capitol Police officers near the Capitol building, and shots were fired during the incident, authorities said.

The incident was being treated as a criminal matter and had no apparent connections to terrorism, Capitol Police said. There were no reported injuries.

The incident happened on Independence Avenue SW around 9:30 a.m. ET, a spokesperson for the Metropolitan Police Department said. The driver made a U-turn and “nearly struck” the officers, causing police to briefly pursue her, Capitol Police spokesman Eva Malecki said.

She said “shots were fired” during the attempt to arrest the driver, though she did not provide further details, including who fired the shots. Malecki did not provide a motive.

The driver was taken into custody.

MPD earlier said the driver attempted to run over the officers and hit a Capitol Police cruiser, though Malecki did not confirm those details, only saying a “vehicle” was struck.

This breaking story has been updated to reflect new details from police. 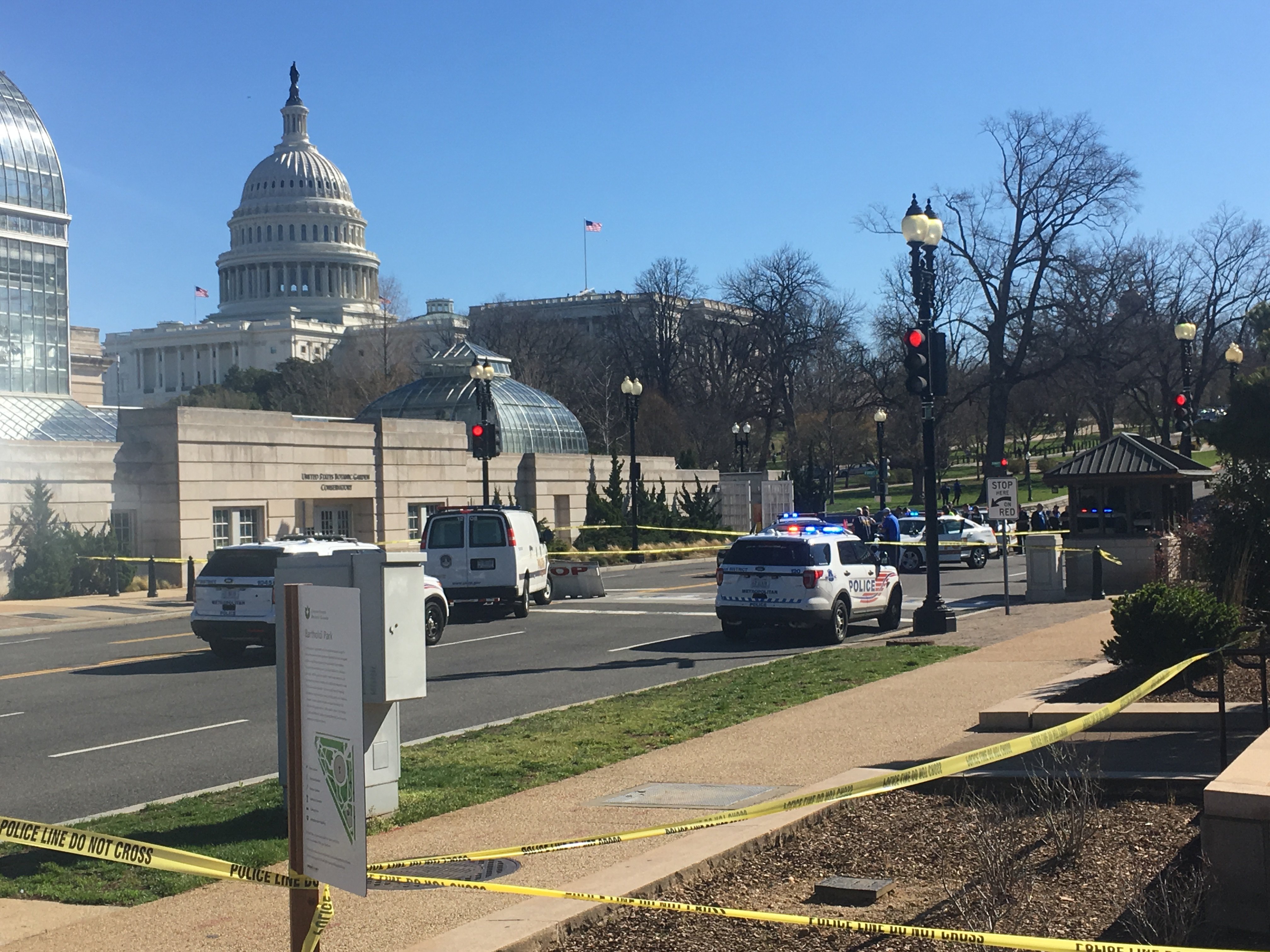