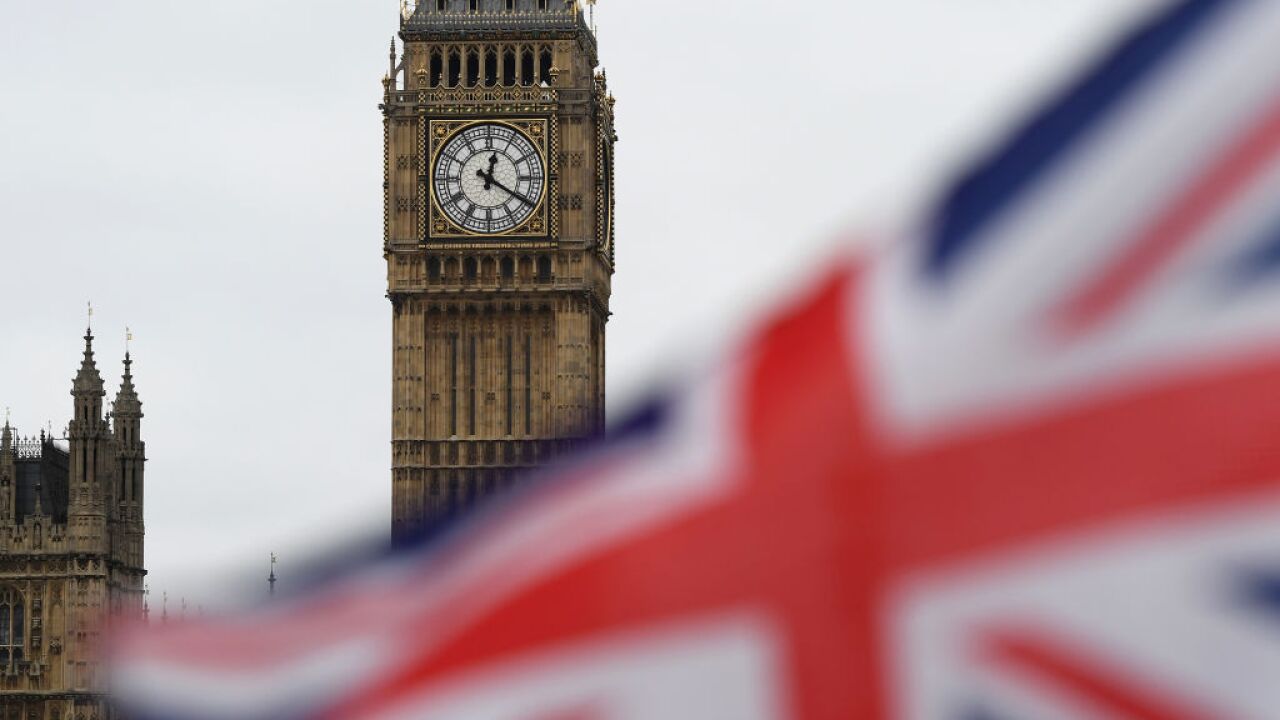 LONDON, ENGLAND – MARCH 29: The time 12:20pm shows on Big Ben on March 29, 2017 in London, England. The British Prime Minister Theresa May addresses the Houses of Parliament as Article 50 is triggered and the process that will take the United Kingdom out of the European Union begins. (Photo by Carl Court/Getty Images)

The European Union has set out its draft negotiating position on Brexit — and declared that it does not want to punish Britain for leaving.

The EU nevertheless set out a tough set of principles for Brexit negotiations. They offer the possibility that trade talks could begin before the UK leaves — but only after “sufficient progress” is made on the complex task of untangling Britain from the EU.

In her letter triggering the UK’s formal exit from the EU, British Prime Minister Theresa May had asked for a parallel approach from the start.

Tusk ruled that out, saying that the talks on trade could only begin once there had been enough progress on the withdrawal agreement. A final trade deal would not be concluded until after Brexit.

According to the negotiating guidelines, progress on a number of key areas must be made before preliminary discussions on trade can start. They include:

protecting the rights of EU citizens in Britain and UK citizens in other EU nations; working out the bill for Britain’s exit, based on its financial commitments and liabilities; establishing a clear legal framework to avoid uncertainty for businesses and institutions; how to maintain a “soft” border between the Republican of Ireland, which will remain in the EU, and Northern Ireland, part of the UK.

“These four issues are all part of the first phase of our negotiations,” Tusk said in Valletta, Malta, where center-right EU leaders are meeting.

“Once, and only once we have achieved sufficient progress on the withdrawal, can we discuss the framework for our future relationship. Starting parallel talks on all issues at the same time, as suggested by some in the UK, will not happen.”

Tusk said the EU would “firmly stand by” the proposals in the document and characterized the thorny process ahead as, in essence, “damage control.”

“The talks which are about to start will be difficult, complex and sometimes even confrontational. There is no way around it. The EU27 does not and will not pursue a punitive approach. Brexit in itself is already punitive enough,” he said.

But after more than 40 years of marriage, he said, “we owe it to each other to do everything we can to make this divorce as smooth as possible.”

The British government said it looked forward to beginning negotiations once the draft guidelines have been formally agreed by the other 27 EU states. Leaders of the 27 states will discuss their negotiating position at a summit at the end of April before formal talks with Britain begin.

“It is clear both sides wish to approach these talks constructively, and as the Prime Minister said this week, wish to ensure a deep and special partnership between the UK and the European Union,” a UK government spokesman said.

Even as the process gets under way, it’s clear that many obstacles and potential pitfalls lie ahead.

May has already been accused of threatening to use the safety of UK and European citizens as a bargaining chip in Brexit talks after she warned in the formal letter notifying the EU of Britain’s intention to leave that the failure to strike a deal on any future relationship would have consequences for security.

The draft EU document, which runs to nine pages, lays out EU leaders’ plans for a phased approach to negotiations, with trade talks to begin only when the EU is ready.

“The British government has indicated that it … would like to pursue an ambitious free trade agreement with the European Union. Based on the Union’s interests, the European Council stands ready to initiate work towards such an agreement, to be finalised and concluded once the United Kingdom is no longer a Member State,” the document says.

The draft guidelines also recognize the possibility that talks between Britain and the EU members might fail.

“In these negotiations the Union will act as one. It will be constructive throughout and will strive to find an agreement. This is in the best interest of both sides. The Union will work hard to achieve that outcome, but it will prepare itself to be able to handle the situation also if the negotiations were to fail,” the document says.

Negotiations under Article 50 “will be conducted as a single package,” the document adds. “In accordance with the principle that nothing is agreed until everything is agreed, individual items cannot be settled separately.”

May formally triggered the Brexit process on Wednesday, firing the starting gun on a two-year effort to disentangle Britain from the European Union.