Relatives of an American tourist whose husband was killed in last week’s terror attack on London have released images of her recovering from her injuries in a UK hospital.

Melissa Cochran lost her husband of 25 years, Kurt Cochran, when attacker Khalid Masood plowed through pedestrians on Westminster Bridge on March 22 before fatally stabbing a police officer in the grounds of the Houses of Parliament.

An image posted Thursday by her brother, Clint Payne, to a fundraising page set up by the family shows Melissa smiling as she holds a cellphone in her hospital bed. It’s captioned: “Talking with loved ones at home is some of the best medicine.”

Another image — with the caption “Getting stronger every day!” — shows Melissa standing on crutches in a hospital room. She suffered a broken leg, a broken rib and a cut to her head, Payne said previously on social media. 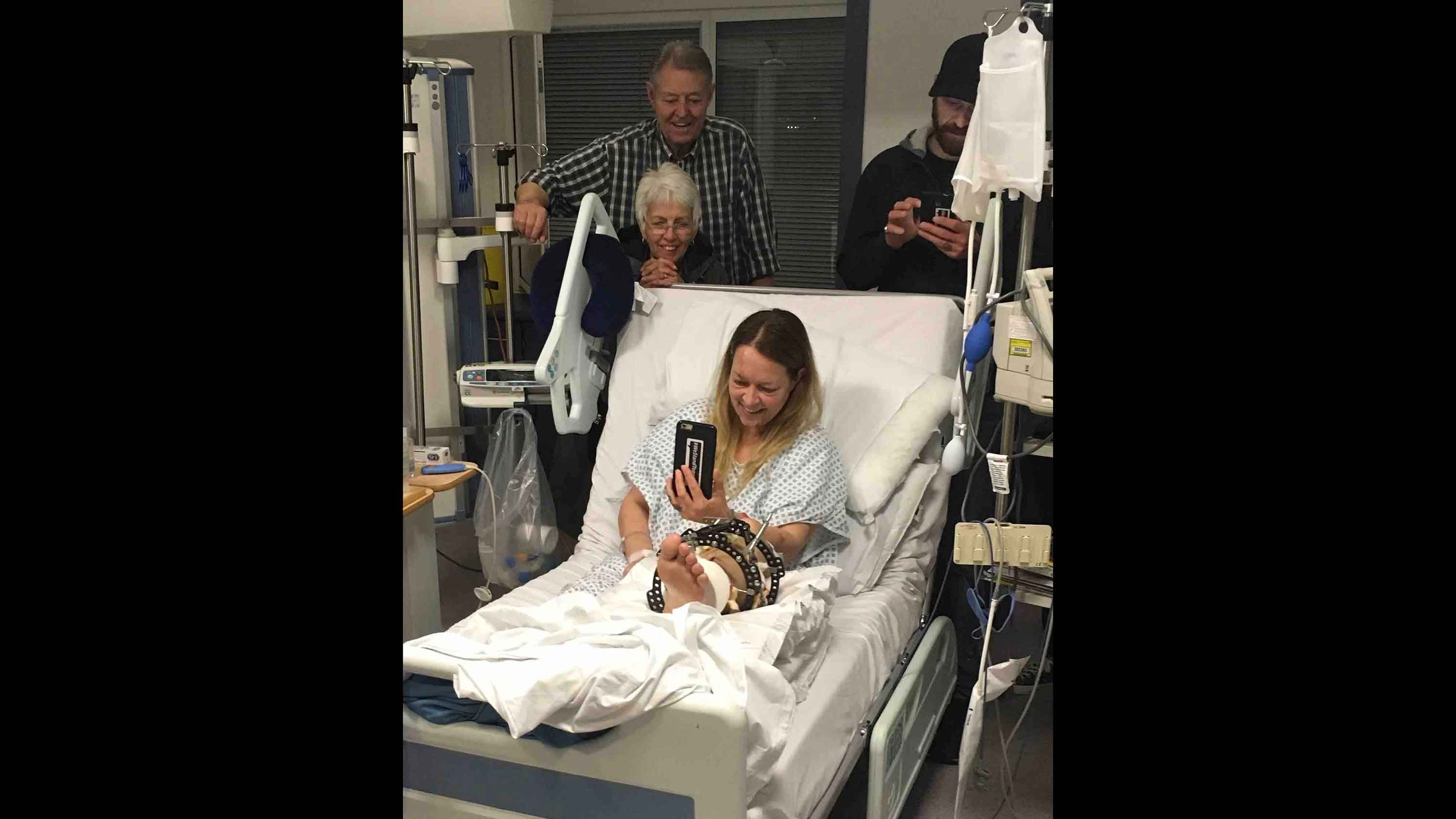 The couple, from Utah, were on the final day of a trip to London to celebrate their 25th wedding anniversary when they were caught up in the carnage.

In a statement Monday, Payne said Kurt Cochran was terribly missed and thanked all those who had helped his sister.

“It has been a tender experience for our family to be together with Melissa here,” he said. “Her health is steadily improving and she has been strengthened by the presence of her family. She is so grateful for the outpouring of love and generosity.”

The family’s Go Fund Me page had raised more than $76,000 as of Friday to help Melissa cover her expenses and loss of income. The couple ran the Onion Street Studio — a recording studio — in West Bountiful, near Salt Lake City, Utah.