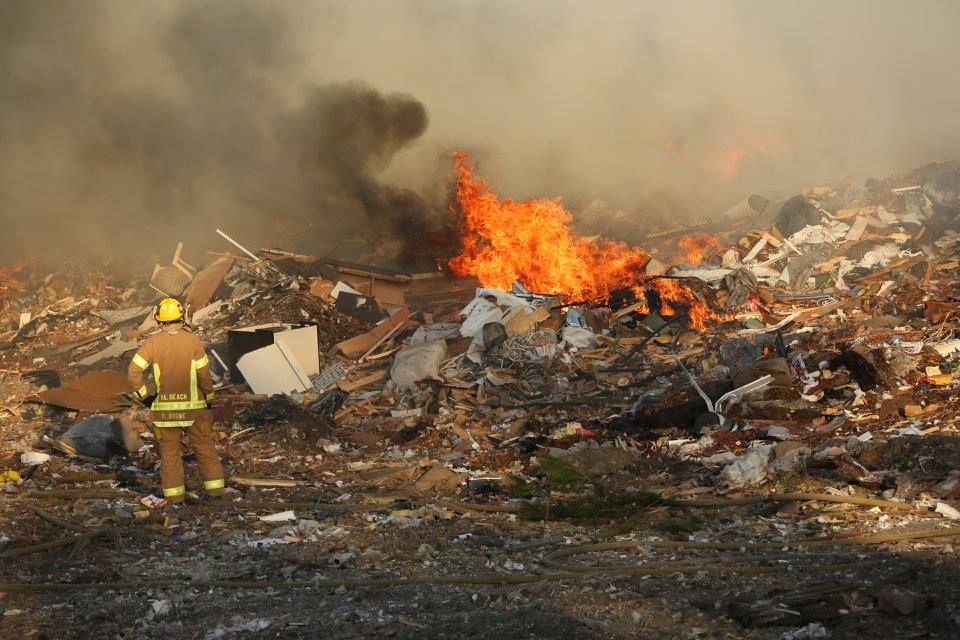 The fire was at the Hampton Roads Landfill off Centerville Turnpike and Jake Sears Road, the fire department said.

Police dispatch got a call about the fire around 5:30 p.m.

The fire department said the blaze was contained and that residents in the area may see smoke. Officials said no residential evacuations are needed.

Heavy equipment was brought in to smother the fire.

The landfill may burn for a while but there is no threat of it spreading, fire officials said.

The Virginia Beach Fire Department took video from the scene.