When a pressurized steam line aboard a submarine ruptures, it can leak steam at extremely high temperatures.

That can potentially result in severe injury or death, so Sailors wear protective suits when making emergency repairs or when rescuing crew members.

Sponsored by the Office of Naval Research's (ONR) TechSolutions Program, a new suit was developed by the Naval Sea Systems Command (NAVSEA) and Navy Clothing and Textile Research Facility.

It's currently being tested at sea by the crew of the USS Toledo.

"In the unlikely event this piece of damage control equipment is needed, time is of the essence to protect not only the individual, but the entire boat," said ONR Command Master Chief Matt Matteson. "The new steam suit provides enhanced flexibility, maneuverability and ease of donning during such an emergency."

While current suits have worked well, NAVSEA reports it regularly receives feedback from Sailors on how to improve them.

Among the improvements in the new suit: it's one piece and also nine-pounds lighter. That cuts time when putting it on while maintaining protective strength.

The air tank and hose for breathing are also worn on the outside, instead of under the chemical suit and there are gel ice packs to keep cool.

Another change is the unique style of gloves.

Current suits feature mittens, while the prototype has "lobster claws" making it easier to grasp tools, climb ladders and navigate in the close quarters of a submarine.

"Our goal was to create a lighter suit that enables users to get around better, quicker and easier," explained Bob Bassett, NAVSEA's branch head for in-service submarine propulsion and electrical systems, in a release.

Right now the prototype suits are being tested at sea and the hope is the suit will be issued throughout the fleet in the next few years. 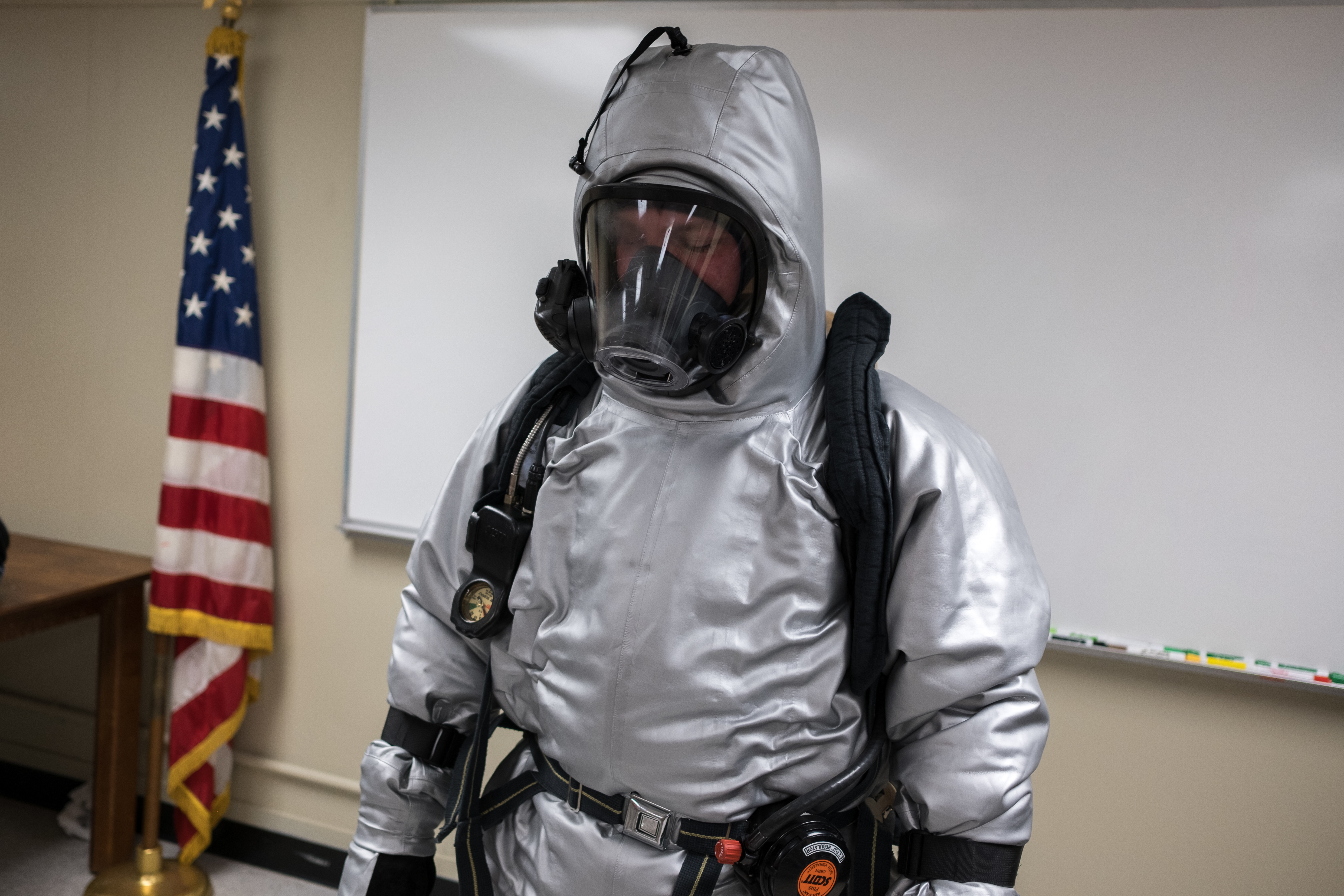