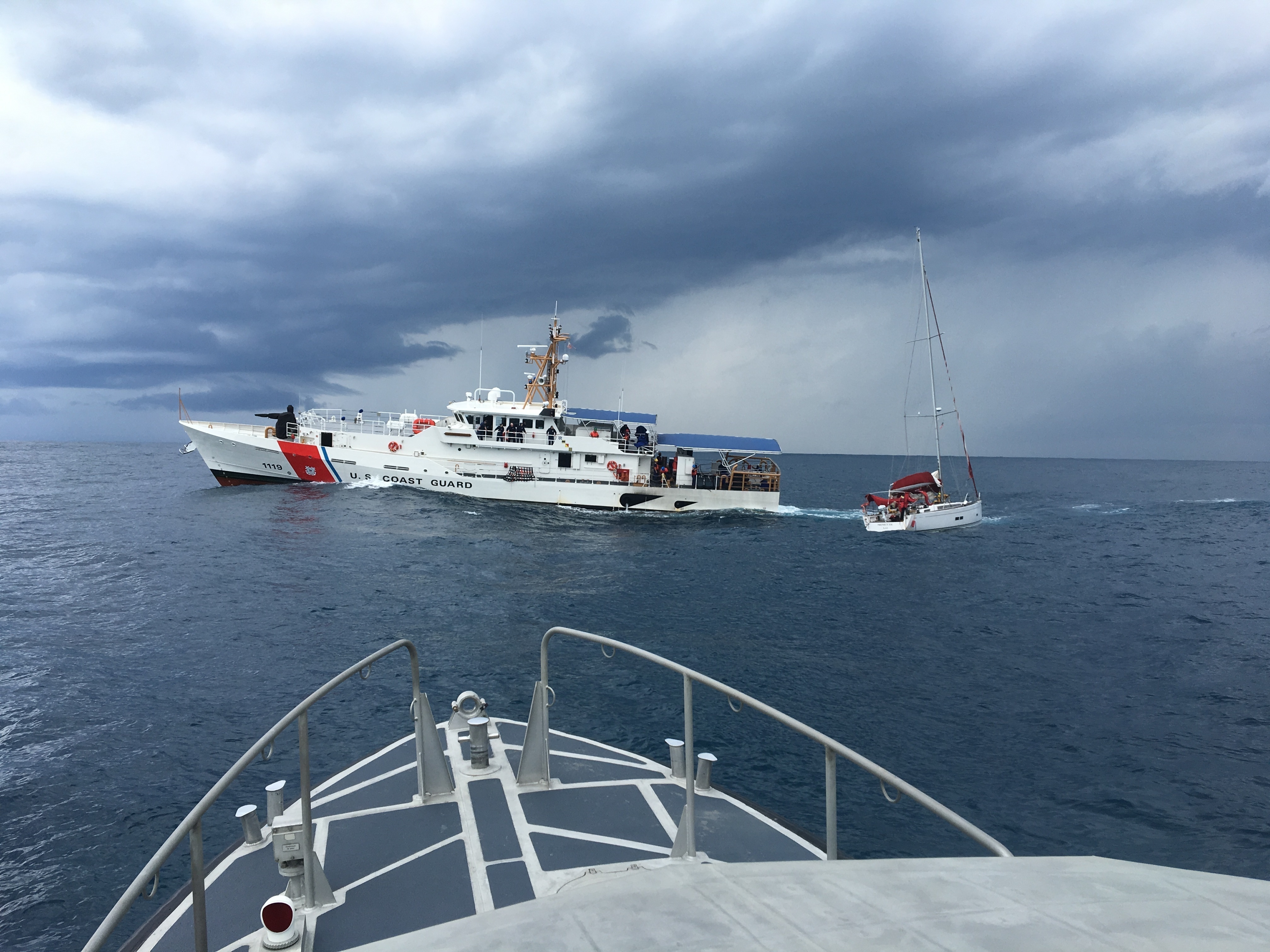 Watchstanders at Sector North Carolina in Wilmington received notification at 6 a.m. that the 43-foot sailboat Nanette had a fouled propeller due to heavy weather conditions and was requesting assistance.

Air crews provided assistance as the MLB crew towed the sailboat through heavy weather conditions. The crew of Cutter Rollin Fritch met the MLB crew and switched the tow, towing the sailboat to Beaufort Inlet where a TowBoatUS crew took over.

The Nanette is currently being towed to Portside Marina in Morehead City.

No injuries or pollution was reported.