Construction on the Virginia-class fast attack submarine began in September 2012 under a teaming agreement between Newport News and General Dynamics Electric Boat. 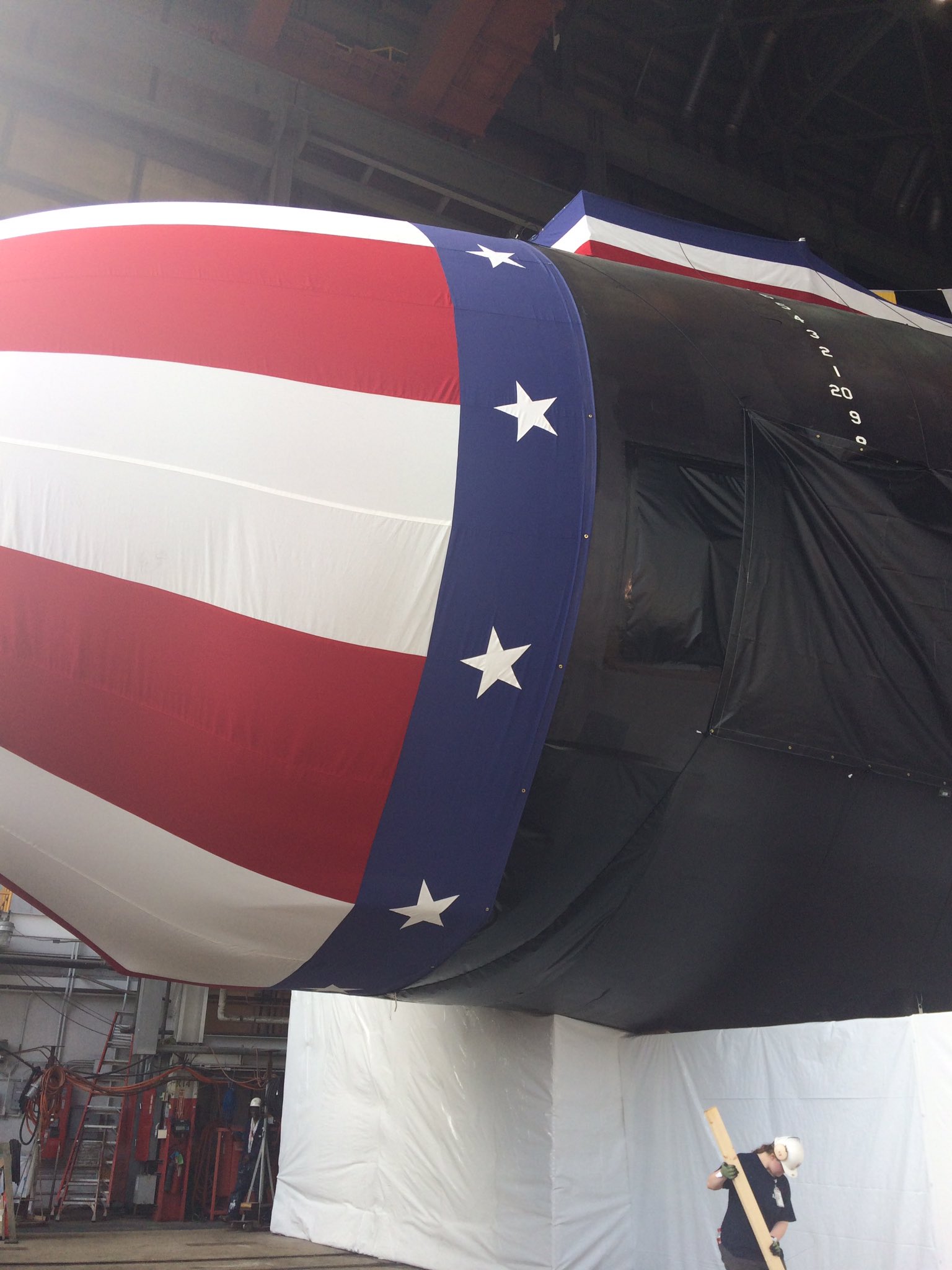 Vice President Mike Pence, who previously served as the 50th governor of Indiana, delivered the ceremony’s principal address. "I have to tell you it's more than a little bit emotional for me to be standing in Newport News seeing the Indiana flag fluttering just below the American flag," he said.

Saturday is the 100th Day of the Trump White House. During his speech Pence once again promised the White House would be focused on the nation's military. "At a time of mounting threats across the globe, President Trump has made it clear: America's national security is the president's highest priority now and always," he said.

Fourteen crew members from the USS Indiana that served in the Pacific during World War II attended Saturday's ceremony. "It means an awful lot," said Albert J. Vicarelli, a signalman during the war.

Diane Donald, wife of retired Adm. Kirkland H. Donald, director of Naval Nuclear Propulsion from 2004 to 2012, is serving as the ship’s sponsor. "This is very near and dear to my heart because I spent 37 years with the submarine force," she said. "Being able to be a ship sponsor of a submarine makes it extra special."