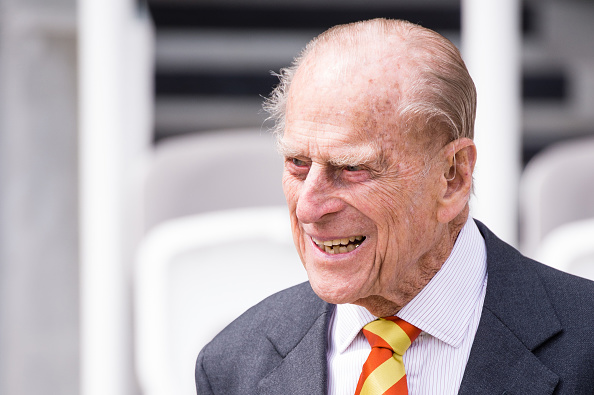 The prince, who has been at the Queen’s side for her 65-year reign and is also known as the Duke of Edinburgh, will stop accepting public engagements in September, the palace said.

The Queen, who is 91 and has gradually scaled back her public appearances in recent years, will continue to carry out her duties supported by other members of the royal family.

“His Royal Highness The Duke of Edinburgh has decided that he will no longer carry out public engagements from the autumn of this year. In taking this decision, The Duke has the full support of The Queen,” the Buckingham Palace statement said.

“Prince Philip will attend previously scheduled engagements between now and August, both individually and accompanying The Queen,” the statement added. “Thereafter, The Duke will not be accepting new invitations for visits and engagements, although he may still choose to attend certain public events from time to time.”

The Queen, who is the world’s longest-serving living monarch, will “continue to carry out a full programme of official engagements,” supported by other members of the royal family.

In a statement, British Prime Minister Theresa May paid tribute to the prince, offering him the country’s “deepest gratitude and good wishes” following the announcement.

“From his steadfast support for Her Majesty the Queen to his inspirational Duke of Edinburgh Awards and his patronage of hundreds of charities and good causes, his contribution to our United Kingdom, the Commonwealth and the wider world will be of huge benefit to us all for years to come,” the statement said.

Senior royal staff members were called to London by the Lord Chamberlain, the most senior member of Queen Elizabeth II’s household staff, to be told of the announcement before the public statement. News of the meeting leaked out, causing a flurry of speculation over the nature of the announcement.

The two senior royals have carried out a number of engagements in recent days. The Queen met the Prime Minister at the palace Wednesday as a formality to mark the dissolution of parliament, ahead of a general election in June.

Also on Wednesday, Prince Philip was photographed during an event at Lord’s cricket ground in London.

It is over five years since Buckingham Palace announced that Philip would gradually “wind down” his workload, though he remained keen to perform many of his duties.

In 2016, he attended 200 events as he continued to represent the royal family with his own distinctive style.

In an interview with the BBC to mark of his 90th birthday in 2011, Philip said it was time to take a step back from his responsibilities.

“I reckon I’ve done my bit, I want to enjoy myself now … have less responsibility, less frantic rushing about, less preparation, less trying to think of something to say,” he said.

“He’s the longest-serving royal consort in our history,” she told CNN from outside Buckingham Palace.

“It is very sad to see Prince Philip stepping down from royal engagements but I think we can all agree he deserves a rest.

The royal family says Philip will continue to be associated with more than 780 organizations.