“Wow, you’re a big girl. Are you sure you should be running?”

“Maybe you should be on a bike or go on a diet.”

These are some of the things Mirna Valerio has heard while running.

“As much as it hurts in the moment, it kind of fueled me to continue doing what I was doing,” she said.

As a plus-size runner, Valerio is aware she is an anomaly on the jogging trails. That’s not something she shies away from.

“I’m very open about my body. I wear close-fitting clothes, I show my legs, I show my arms. I don’t hide anything,” she said. “That might be striking to some people who might be used to more athletic, toned bodies out on the roads.”

But Valerio is not running to prove others wrong. She is doing it for herself. 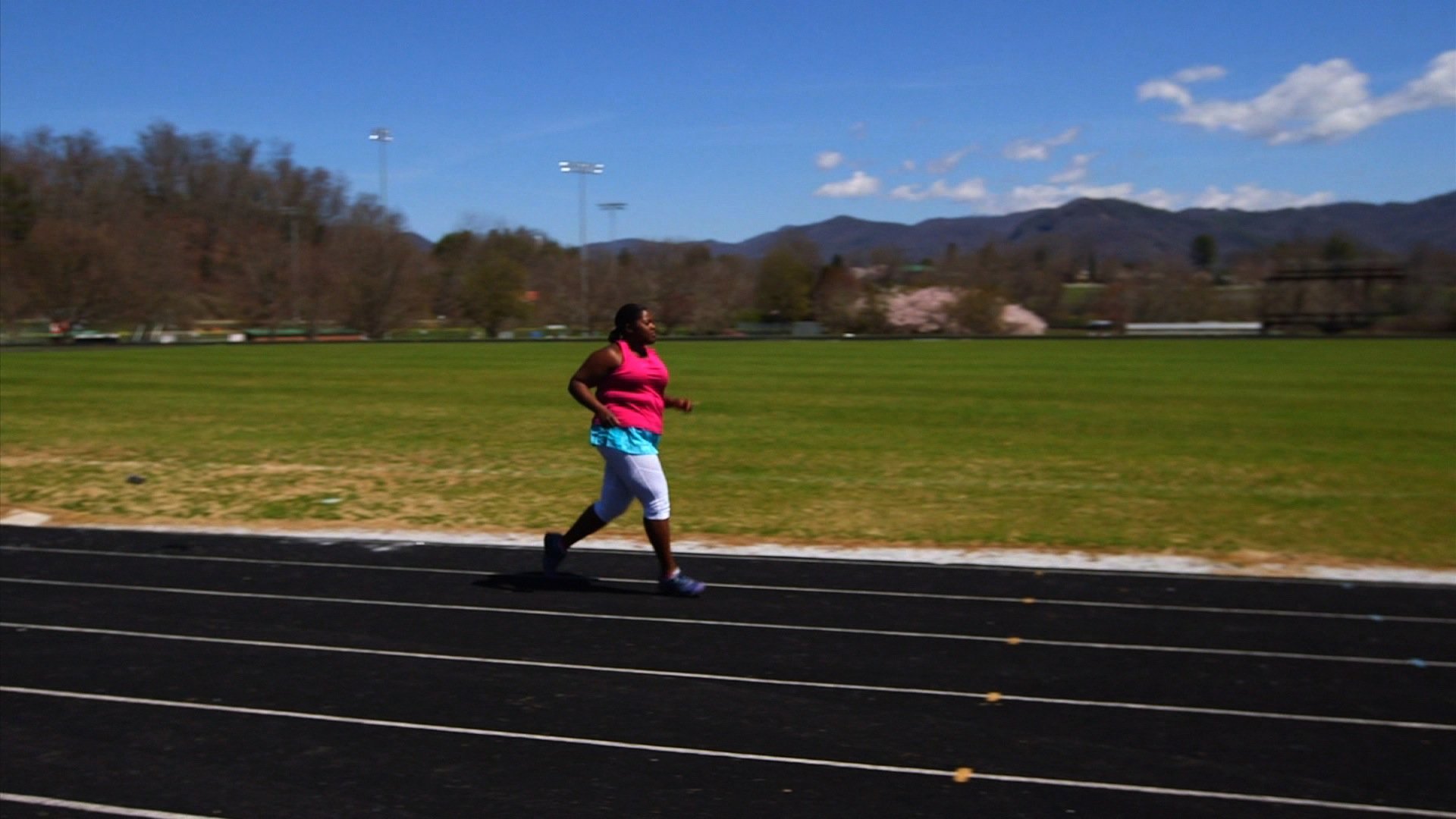 Running for her life

“In 2008, I had a health scare. I started having pains in my chest. They were sharp, short, but very, very intense. I didn’t know if I was having a heart attack,” she recalled. “It turned out that I wasn’t having a heart attack, but the doctors in the ER had me follow up with a cardiologist who told me point blank that I needed to change my lifestyle or I wasn’t going to live to see my son grow up.”

The next day, she put on her shoes and began running for her life.

“That moment at the doctor’s office was absolute catharsis. Everything was made clear. If you don’t do this, then this would happen. And that ‘this’ would have been death.”

The Rabun Gap, Georgia, resident began her transformation into a long-distance runner slowly. It started a mile at a time and then eventually she worked her way up to a 5-kilometer race. Then that 5K lead to a 10K, which led to a half marathon, which led to her first marathon in 2011.

As Valerio, a Spanish teacher, began running farther, her health improved. “In those first couple of months, I lost a lot of weight, just because I was moving more than I had in the past.”

But she wasn’t expecting to completely transform her body the way you see in a lot of “before & after” pictures.

“Typically, when you see a person when they are heavier, they are unhappy and dissatisfied with their lives. In the after picture, they are thinner, they are happier. That is not me. I don’t think I represent what societal norms say that a fat person should be — and that’s lazy, unambitious and sitting on a couch.”

Racing away from stereotypes

While training for her first marathon, Valerio started writing about her running experiences on her blog Fat Girl Running and quickly gained an audience.

“I just wanted to share what I was experiencing as a runner in a big body. People started sharing my stories and little rants about the indignities that fat people face sometimes,” she said.

Valerio uses the blog to write about her training routines, race experiences and obstacles that she faces as “an active larger girl in a thinner world.”

Her personal accounts have helped her become a source of inspiration for other overweight athletes.

“People took comfort in the fact that I was experiencing the same things that they were but I was still out there running. It didn’t stop me.”

As her story grew, so did her running goals. Marathons turned into ultramarathons. The longest race she has run so far is 100K; that’s 62 miles. And she’s not looking to slow down anytime soon. Valerio is now training for a 6-day, 120-mile run through the Rocky Mountains.

“People say things like ‘How could you love running?’ It’s always been a punishment for people, but I think that for me, it’s typically brought me a lot of joy and it really connects me to my body. I think other people feel that too.”

She’s also setting an example for a new generation of runners as the head coach of the cross-country team at the school where she teaches.

“I think most people who are my size and in athletic pursuit, we exude something different. There is a joy in what we do and we love to spread that joy to other people. Especially if it motivates them and inspires them to be athletes.”